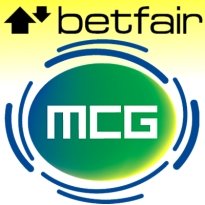 Betfair has renewed its deal with identity management specialists GB Group. The two companies have worked together since 2004, and the re-upped deal will allow the betting exchange to continue reaping the benefits of GB Group’s URU and ID3 Check identity verification technologies.

A deal that Betfair won’t be renewing is the one that allows their Australian division to display live betting odds on the big screens at the Melbourne Cricket Ground (MCG) during Australian Football League matches. MCG Trust chairman John Wylie told The Age that the decision not to renew Betfair’s three-year license next season came about because “we just think that it’s inconsistent with what football should be all about, which is the football, as opposed to the promotion of gambling on matches during matches. We’re not against gambling companies promoting their services in a general sense. It’s just that [live odds] are something we think is not healthy, and something we would like to see ended at the MCG.”

The usual Aussie anti-gambling suspects wasted no time in piling on. Calling the MCG’s decision “great news,” Independent MP Andrew Wilkie said the display of live odds “is normalizing gambling in a detrimental way.” Victorian Premier Ted Ballieu concurred, saying sports betting had been “pressed into the faces of spectators, and I think there’s a reaction against that.” Tasmanian MP and Minister for Human Services Cassy O’Connor called the MCG move “a recognition that promotion of gambling has gone too far” and wants the ban on displaying live odds “extended to AFL venues in each state.”

However, the prize for the over-the-top anti-gambling rhetoric goes to Monash University’s Dr. Charles Livingstone, who called the in-stadium display of live odds the gambling industry’s ‘Trojan Horse’ and invoked the ever-popular ‘think of the children’ argument. “Hundreds of thousands of children are watching these games every weekend and being bombarded with messages about how good it is to bet on the game and how you can’t be a true supporter unless you do bet on the game.”

Ah, yes… We remember that campaign now, in which Betfair rolled up a mobile betting van outside Aussie elementary schools and started taking wagers with kids’ milk money, while those children who chose not to wager were surrounded by taunting Betfair clowns and spat upon by passing footballers. Yeah… Good times.

At the risk of pointing out the obvious, are kids legally allowed to wager with these betting outfits? No? Then check and mate, mate. Besides, the notion that kids need to be protected from the mere knowledge that some grownups enjoy a flutter now and then may actually achieve the evils that Dr. Livingstone lays at the door of betting firms. According to research by Dr. Patrick Basham, the later in life one is exposed to gambling increases the likelihood of that person developing a gambling problem. Who’s riding that Trojan Horse now, Dr. Livingstone?