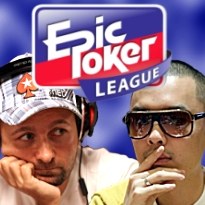 Regardless of where Rheem finishes, there might be a substantial line of people waiting for him on the rail with their hands out. Inspired by the furor surrounding the José ‘Girah’ Macedo online poker cheating scandal, multiple posters on the 2+2 forums have emerged with tales of unscrupulous behavior on and off the felts by other players, including Rheem. After Will Molson announced that Rheem has owed him $40k since last year’s EPT London event, Tom ‘durrr’ Dwan piped up, claiming Rheem owed him money as well. 2010 November Niner Joseph Cheong soon joined in, claiming Rheem owed him $40k since last summer.

In response, the EPL’s Mike McDonald posted a statement that the company had a meeting on Monday “regarding players who have previously acted in a manner that would be deemed unprofessional.” McDonald claims the EPL “personally reminded each individual that they will not be allowed to participate in the league if their future behavior is the same as their past behavior … people who are poor representatives of the game of poker will not last very long in this league and the EPL will publicly ‘out’ people who are kicked out of the league rather than simply tell them not to show up and keep it hush-hush.” As the final table was set, Rheem tweeted the following: “All I wanna do is win & do the right thing! I’m so close and it feels good knowing that!” Sure, it feels good now, but will he still love his creditors tomorrow?

Someone you won’t see taking part in the EPL is Daniel Negreanu. In a blunt blog post, Kid Poker explained his rationale for giving the EPL a wide berth. First, Negreanu’s “due diligence” has convinced him that the EPL isn’t long for this world. With no major sponsorship deals (“a Lexus or Caddilac [sic] type brand”), limited television exposure and what Negreanu feels is a limited appeal to mainstream audiences, Negreanu believes the EPL’s “financial structure is fundamentally flawed from a revenue standpoint and is doomed to be an #epicfail.” Unless… the EPL was solely intended to create a brand that would allow them to launch their own online poker site if/when the US legalized the game. In that context, Negreanu goes as far as to describe Black Friday as “the best thing that happened to the EPL to date.” Well, glad someone enjoyed it.