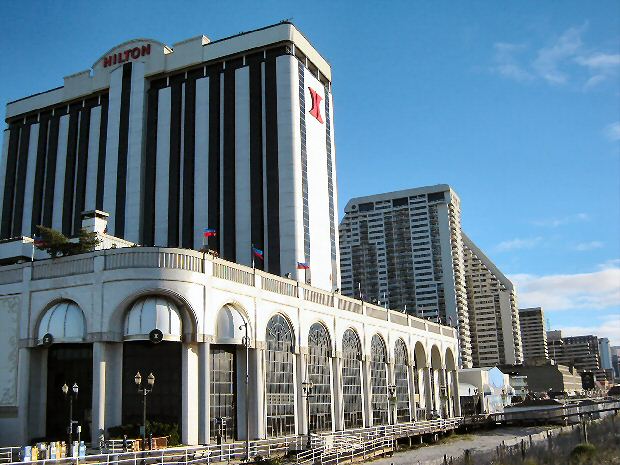 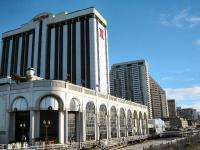 Atlantic City has been anything but boomtown and lately, it seems more like doomtown after the former gambling mecca posted it’s 35th consecutive month of revenue decline.

The dubious title of the worst of the worst in Atlantic City goes to its smallest casino, the Atlantic City Hilton. The Hilton was valued at $513 million when it was purchased by Colony Capital in 2005 as part of a $1.24 billion deal for four casinos in New Jersey, Mississippi and Indiana. But hard times have hit the casino like wrecking ball, to the point where it can’t even use the Hilton moniker anymore.

The casino is up for sale but nobody seems willing to take a gamble on purchasing it even for a discount price in the $30M range.
As the Press of Atlantic City reports, gaming analysts say that, unless a new owner comes to the rescue, the Atlantic City Hilton Casino Resort may not be able to hang on much longer.

Andrew Zarnett, who tracks the casino industry for Deutsche Bank, has all but pronounced a death sentence on the casino. “It can survive for a time, but not for a long time,” Zarnett said- Press of Atlantic City.

Since going on the market, the Hilton has been unable to find a buyer. Lenders led by the U.S. National Bank Association put foreclosure proceedings on hold in January after reaching agreement with Hilton owner Colony Capital LLC to sell the Boardwalk property.

But the Hilton Hotels & Resorts has shown they want nothing to do with the casino after ending the licensing agreement and making plans to strip the Hilton brand off the building.

The sale has been complicated by the recent decision by Hilton Hotels & Resorts to sever ties with the casino, meaning the Hilton brand will be stripped off the building.

There’s huge hurdles for any buyer ballsy enough to take a chance on the casino. Firstly, Atlantic City isn’t exactly the most profitable place to be picking up a casino. Another hurdle for any would-be buyer would be undertaking the expensive task of rebranding the casino which would cost millions.

Even at a bargain price tag of $30 million, the Hilton’s buyer would be rolling the dice. Imagining the costs of removing the Hilton brand signage from everything in and on the property alone is enough to make a buyer walk away.

It’s not like The Hilton is a hot spot either. The Hilton suffered a $18.9 million operating loss last year and was $7.3 million in the red through the first quarter this year, which effective gave it the official dubious honor of being Atlantic City’s worst-performing casino.