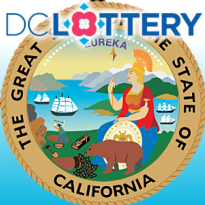 Given the way this situation has been trending, it’s no great surprise to learn that the District of Columbia has postponed its public meetings on the DC Lottery’s plans to launch the nation’s first intrastate online gambling operation. The meetings, which were announced just last week, have been pushed back from mid-August/September to mid-September/October, because some residents apparently don’t enjoy participating in democratic institutions during summer months. The proposed Intralot-powered gaming operation, which was passed into law this spring, was supposed to launch Sept. 8, but ran into objections from DC Council members who felt the proposal hadn’t undergone enough scrutiny.

The District of Columbia has (indirectly) contributed to the squabbling between backers of California’s competing intrastate online poker proposals. In May, the California State Assembly signed a $15k/month contract with Washington, DC lobby outfit Pace LLP to buttonhole DC pols on issues pertaining to California. Problem is, for the past decade, Pace have been the go-to lobbyists of the Morongo Band of Mission Indians, who are strongly behind California state Sen. Lou Correa’s SB40 poker bill. Last month, Pace managing partner Jim Wise himself addressed a hearing convened by the Assembly to discuss the opposing bills.

This has the tribes that are not aligned with the Morongo band crying foul. David Quintana, a lobbyist employed by the California Tribal Business Alliance, told the Sacramento Bee that it will be hard for his clients to get a fair hearing when the Assembly is in bed with the Morongo’s point men. “It really concerns me that the state Assembly decides to hire a firm at which the partner testified on behalf of the Morongo card room deal. Its advice to the Assembly is going to be in [the Morongo’s] favor.”

Pace’s Wise rejects this argument, saying his company’s contract with California restricts them to advising the state on federal issues. Wise also claims that his testimony before the Assembly last month “was not an advocacy position whatsoever. It was a status update as to the likelihood of the feds doing something.” An Assembly spokesperson told the Bee that “Lobbyists always have multiple clients, and if there’s ever a conflict of interest, they can remove themselves from the situation. That hasn’t been the case thus far, and we don’t expect it to be.”