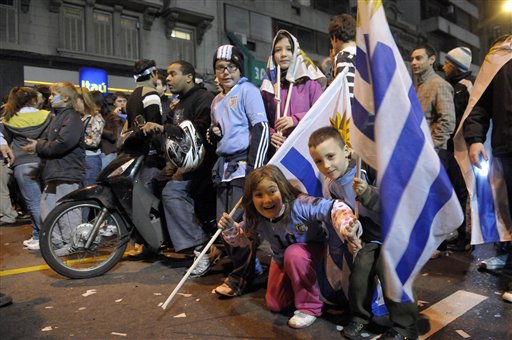 The party is fully underway in Uruguay. The Sacremento Bee reports some 60,000 fans gathered in the historic Centenario stadium at 3 a.m. to welcome the players. Thousands more crowded the team bus as it drove in from the airport.

There’s dancing in the streets and plenty of drinking and carrying on. Without question, Uruguay is the place to be right now.

Paraguay reached the final of the Copa America with no wins, and that trend continued in the final as Uruguay dominated play for 90 minutes en-route to a 3-0 championship win.

For Uruguay, it was confirmation that their World Cup run was anything but chance. Suarez opened the scoring early in the first half and Uruguay’s talisman Diego Forlan would cap the victory with two goals of his own in a game in which Paraguay was never really a threat.
The win marks Uruguay’s first Copa America win since 1995, but it is also the country’s record setting 15th Copa America title, one better than arch rival Argentina.

For Uruguay, it’s further proof that their football program is heading in the right direction. After taking control of all stages of the country’s national football program, Uruguay coach Oscar Washington Tabarez deserves much of the credit for putting Uruguay football back on the map in the past five years.

The Uruguay national team reached the final of the last World Cup, granted Suarez played a huge hand in that- but their younger generations are flourishing as well. The under 17 also reached the World Cup Final recently and their under 20 side knocked out Argentina from Olympic qualifying by the reaching the final of the South American Championship.

FIFA currently has the Uruguay team ranked 18th in the world, but then again, we all know how accurate FIFA’s rankings are. It’s hard to think of 18 teams better than the Copa American Champs.