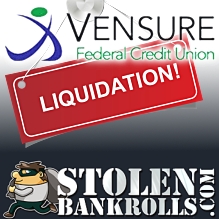 Vensure FCU, the Arizona-based credit union that processed Automated Clearing House payments on behalf of PokerStars and Full Tilt Poker, has been liquidated by the National Credit Union Administration (NCUA). The NCUA originally conserved Vensure on April 15, the same day the Black Friday indictments dropped, after becoming concerned that the credit union was overly reliant on a single client, Trinity Global, which handled payments for the online poker companies. Vensure subsequently filed a petition to challenge the NCUA’s conservatorship, but US District Judge Rosemary Collyer has since ruled that Vensure’s management “didn’t read the tea leaves,” and thus the NCUA had sufficient justification to act.

The NCUA had warned Vensure in 2010 that it’s reliance on Trinity posed a “strategic risk” to its future operations, should something (ahem) cause Trinity to go belly-up. In January 2011, the NCUA recommended Vensure immediately get out of the poker processing biz, but Vensure claimed its contract with Trinity required 180 days notice to cease processing the transactions. Following Black Friday and the freezing of Trinity’s accounts, the NCUA claimed Vensure was “insolvent and has no prospects for restoring viable operations.” In her decision, Collyer made no comment on whether or not Trinity “engaged in criminal behavior,” but noted that since Vensure had failed to heed the NCUA’s warnings, the credit union could not “cry wolf that they haven’t been given that opportunity once the perfect storm happened.”

In other gambling/banking news, Aaron Wilt’s plusevpoker.com has launched StolenBankrolls.com, an attempt to quantify the amount of money currently in limbo as a result of the Black Friday/Blue Monday indictments and other recent online gambling shenanigans. Wilt is asking players whose deposits have gone AWOL to submit reports on how much they’re missing from which sites, as well as basic personal info. Wilt claims the data submitted will not be used for any nefarious purposes, so he’s specifically not asking for banking details or phone numbers.

Wilt’s stated goal is to help “build more awareness about the current plight poker players face in an unregulated market,” but it’s hard to see how this project will substantially contribute to awareness in anyone who isn’t already all too aware of the situation. Regardless, for those keeping score at home, Full Tilt is currently leading StolenBankrolls’ cast of ne’er-do-wells with $3.9m in missing funds reported (so far), with the Cereus Network in second place with $1.44m and Eurolinx well back in third with $650k.