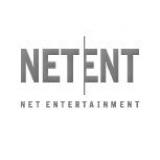 Earlier this month, Swedish online casino games developer Net Entertainment signed two new contracts to supply games to the Italian market but they didn’t stop there. Net Entertainment has announced that the company has launched its first online operations in Italy with Gioco Digitale.

It’s clear that Net Entertainment is doing everything possible to solidify its position in the Italian market. The agreement with Gioco Digitale is among the many licence agreements the company has signed in Italy, including agreements with: Bwin.it, Microgame, Intralot, Unibet, BetClic, G.Matica and Interwetten.

Net Entertainment will initially launch operations with bwin.Party subsidiary Gioco Digitale but the launch will be a phased launch of online casino games by operators, with restrictions applied during the first four days of operation regarding the hours of operation.