Home / Business / Does Kyl/Reid letter mean a deal’s been struck on a federal online poker bill? 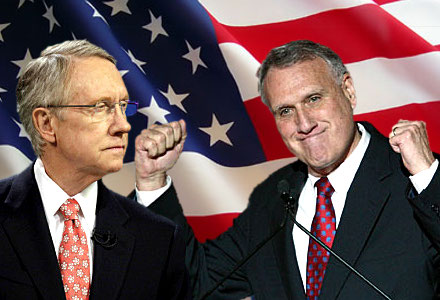 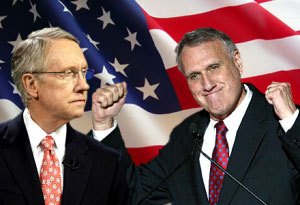 Congressional Quarterly’s Niels Lesniewski has obtained a letter addressed to US Attorney General Eric Holder co-signed by Sen. Harry Reid (D-Nev.) and Sen. Jon Kyl (R-Ariz.) requesting a post-Black Friday/Blue Monday clarification on the Department of Justice’s stance towards the legality of online gambling in the United States.

At first glance, the July 14th letter appears to be an effort to prod Holder into taking a firm stand against any international online gambling sites still serving Americans, but it quickly shifts into a focused attack on gambling at the intrastate level. Reid and Kyl are an unlikely team on the gambling issue, as Reid made an unsuccessful attempt last December to pass a federal online poker bill – a bill that Kyl did his utmost to kill.

Kyl has been one of the most vehement opponents of online gambling in any form (although he had something of an alleged change of heart in April). So does this letter indicate that Kyl is now amenable to a federal online poker bill, such as the one that the American Gaming Association suggests will appear sometime in the next few months? Or is this merely a case of an uneasy ‘the enemy of my enemy is my friend’ alliance, i.e., Kyl gets to stomp on gambling some more, while Reid gets bi-partisan help in killing off the intrastate competition so loathed by the US land-based casino companies?

The text of Reid and Kyl’s letter to Holder reads as follows:

As you know, several weeks ago, the U.S. Attorney for the Southern District of New York indicted various individuals associated with online poker sites for violations of various laws. Additional indictments were unveiled in Baltimore at the end of May.

These indictments came after many years in which the entities operated Internet poker websites to Americans in an open and notorious way with apparently no repercussions from law enforcement. Leading up to the indictments, this lack of activity by law enforcement led to a significant and growing perception that operating Internet poker and other Internet gambling did not violate US laws, or at least that the Department of Justice thought that the case was uncertain enough that it chose not to pursue enforcement actions. In turn, this perception allowed this activity to spread substantially, so that at least 1,700 foreign sites continue to offer Internet gambling to US players. We think it is important that the Department of Justice pursue aggressively and consistently those offering illegal Internet gambling in the United States.

This is troubling. We respectfully request that you reiterate the Department’s longstanding position that federal law prohibits gambling over the Internet, including intra-state gambling (e.g. lotteries). Conversely, if for some reason the Department is reconsidering its longstanding position, then we respectfully request that you consult with Congress before finalizing a new position that would open the floodgates to Internet gambling.

Finally, we would like to work with you to strengthen the penalties for those who violate the law and to see what modifications would be helpful to the Department to enhance its ability to fight Internet gambling.