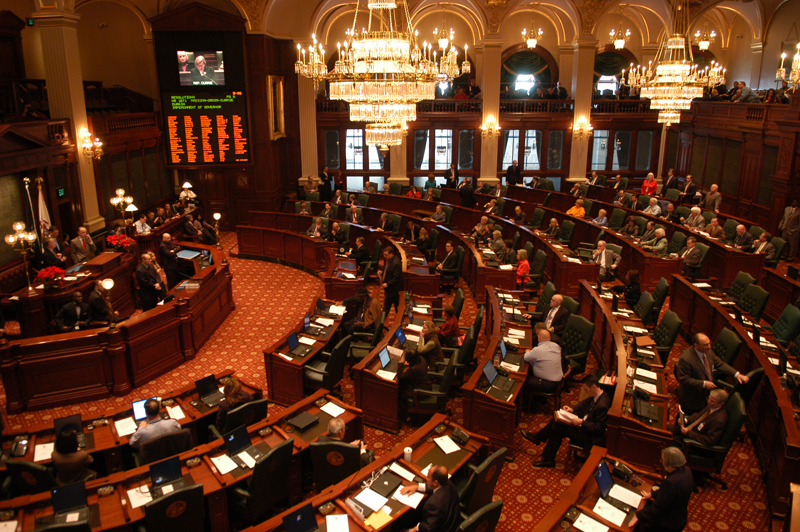 With a sputtering economy and a shortage of jobs, states have continued to look for ways to bring in more money and more jobs. Naturally, their first choice is to expand gambling. In many states, gambling expansion has failed before it can even get started, but in Illinois, where the state is facing a multi-billion dollar debt, lawmakers are starting to budge.

Today, the Illinois House approved a major expansion of legalized gambling when the House voted 65-50 to approve five new casinos which included a land-based gambling house in Chicago and slot machines to be installed at horse-racing tracks.

After passing in the House, the measure will now wait approval by the Senate. As always, gambling expansion faces harsh opposition. The Associated Press reported Gov. Pat Quinn as calling the idea “top heavy.” It’s a rallying cry that the opposition has used consistently in the state to scuttle past attempts at gambling expansion.

But Democratic Rep. Lou Lang of Skokie describes the expansion as simply giving Illinois a presence in the gambling industry, suggesting that with the expansion, the state would move from 25th to 20th in terms of states that offer the most gambling. As reported by the AP, Land said, “So this idea that it’s too dense, too big, too heavy, the facts belie that,” Lang said. “This is about jobs, economic development, and having money to do the things we need to do.”

If gambling expansion moves forward, the payoff for the state would be substantial. Due to the fact that any of the new casinos and racetracks that would be permitted to install slots would be required to pay large upfront fees, the state stands to rake in $1.5 billion in fees alone. Additionally, ongoing fees from the casinos and racetracks would generate at least $500 million annually to go towards education and state-sponsored construction.

The bottom line is that Illinois, like many other states, are running out of options to reduce their debt and create jobs. It’s not clear whether the Senate will approve bill SB744, but it won’t surprise anyone if it’s shot down.