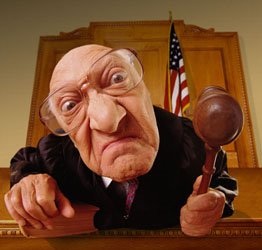 Here we go again and again. Just nine months after efforts to bring casino gambling to Massachusetts, noses dived amid strong disagreement over slot machines at racetracks, once again the discussion of expanded gaming resumed at the Massachusetts Statehouse. And as always, there’s no sign that any sort of reasonable compromise between top state leaders was forthcoming.

It must have seemed like de ja vu when the legislative committee listened to several hours of testimonies from a range of gambling supporters and opponents hoping that persistence will finally pay off. So far, it hasn’t.

Just last summer, Gov. Deval Patrick refused to sign legislation to authorized three resort-style casinos in Massachusetts. The casinos would have positioned the state to compete with the likes of Delaware and Pennsylvania but because the bill would have also allowed slot machines at two of the state’s racetracks, it was shelved.

Massachusetts seems too content to fall by the wayside in the competitive market as Patrick has repeatedly made it clear that casinos are not among his top priorities for the current legislative session.

Secretary of Housing and Economic Development Gregory Bialecki said at Wednesday’s hearing that Massachusetts should be looking to recapture revenue that flows out of state when residents go elsewhere to gamble, but it’s likely as it has been in previous years, that his pleas will fall on deaf ears.

While Massachusetts continues to twiddle their thumbs, Pennsylvania continues to surge forward hot on the heels of Atlantic City to become the second largest market in the United States Gaming Industry by 2012.