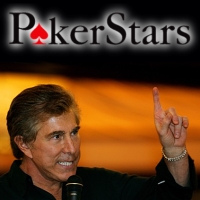 Wynn Resorts honcho Steve Wynn has broken his silence on the potentially blockbuster deal between Wynn and online poker powerhouse PokerStars. Speaking to Forbes’ Nathan Vardi, Wynn confessed that his previous very vocal opposition to regulating online poker in the US was the product of his ‘misconceptions.’ While Wynn had expressed concern about underage gamblers getting access to online poker, he candidly admits that his research now tells him that online poker companies “have more control about young people playing than we do.”

Wynn claims his path to sanity began after being contacted in 2010 by old jogging buddy Sen. Harry Reid (D-NV), who asked Wynn to reconsider his long-held anti-online poker position. Wynn was subsequently contacted by PokerStars founder Isai Scheinberg, who explained his desire to see a US regulated market because so many of PokerStars’ customers were based there, and Scheinberg didn’t “want to look over my shoulder at this point of my life.” Wynn also revealed that the deal is a “50-50” arrangement, whatever that means. As for the likelihood of sneaking online poker legislation past a Republican-controlled House of Representatives, Wynn admits he has no clue, just that he himself was a former nonbeliever who became “convinced by the logic of the argument” and he has the “naïve notion that other people might be enlightened by the facts themselves.”

Some people couldn’t be enlightened by the forcible insertion of a kilowatt lightbulb up their backside. CitizenLink, an offshoot of everybody’s favorite religious nutters Focus On The Family, have been alerting their sheep-like flock to the bipartisan poker bill introduced into the House by Rep. John Campbell (R-CA). CitizenLink’s Chad Hill claims that “Once again, we’ll step onto the battlefield with a multitude of pro-family and anti-gambling coalitions to ensure American families remain protected from the foreign, predatory vice of Internet gambling and bad policy to decriminalize it.” On the plus side, if these tits are truly pious, they’ll all be ‘called home’ on May 21 and we won’t have to listen to this tripe any longer.

Moving from Sodom to Gomorrah, the intrastate online poker bill (SB40) being pushed by California State Senator Louis Correa has been rejigged to authorize the issuance of five operator licenses, rather than the single license called for in the bill’s original text. Three of the licenses would be issued to Californian native tribes and/or card rooms immediately upon passage of the bill, with an additional two licenses potentially issued over the next three years, providing the state’s Gambling Control Commission felt there was sufficient demand. License holders would pay 10% of stakes, in addition to the one-time payment of “licensing or administrative fees that the department may assess as reimbursement for the costs of implementing this chapter.”