Home / Business / One apiece in the pokies battle 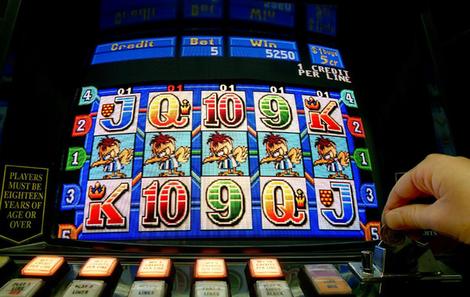 Plans to introduce pre-commitment technology to curb the use of pokies have been on the agenda in Australia for what seems like at least a century. The score is now 1-1 between independent MPs as Bob Katter scored the leveler after revealing his support for the bill earlier today.

“I am four square behind where they will want to go, but I’ll have a bit of an argument with them about how to get there,” Katter said.

He continued, “We have to go at this very, very carefully, I’m seeking discussions with Nick (Xenophon) and Andrew but I’m very supportive of the idea of tackling problem gamblers.

“There needs to be a bit of compromise. It’s fine for them to make an ambit claim.”

It came after Friday’s news that fellow independent MP Tony Windsor stated that he wouldn’t back the bill that MP Andrew Wilkie proposes.

The result is very key to Prime Minister Julie Gillard’s government, as Wilkie has already stated he’ll withdraw his support for Labor should the bill not go through. This would leave Gillard in between a rock and a hard place. It would also mean serious concerns would be brought to the fore about her government.

The story, in the Australian, suggests that Wilkie, Katter, and the Greens appear to now be backing the Labor cause meaning that they have the support of 75 of the 76 required to pass federal legislation.

Labor has until May to strike a deal with state governments on pre-commitment technology.