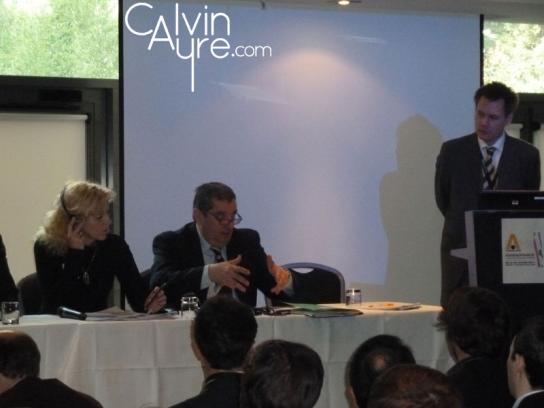 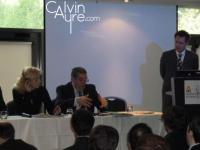 The first iGaming France Conference has just come to a close after two very productive days at the Marriott Hotel Paris-Neuilly in Paris, France. The anticipated attendance was 300 but it turns out an impressive 400 French operators, affiliates, suppliers and regulators walked through the conference doors March 25-26.

The French market was regulated just 10 months ago and even though an explosion was anticipated by just about everyone, this market has yet to fulfill its potential. The sessions, panels and exhibit hall chatter circled around the topics of why operators with a French license are not making money, why French affiliates are making less money, and what will be done to reverse this pattern.

Without a doubt, the most packed session of the entire conference was the CEO panel on day one that focused on the current state of the French market. During the panel, former CEO of Betclic Everest Group Nicholas Beraud was quite vocal in his opinion that the French market as it stands is not a level playing ground for operators, that the tax should only apply to payouts vs. gross bets and that if there are no changes to the regulation laws that this market will be a complete failure. In response, Jean-Francois Vilotte, the president of the ARJEL shocked delegates by claiming that the high tax levels are not his organization’s responsibility. However, Vilotte did suggest that it is likely some amendments will be made to the law and that the French authorities would like input from the operators on what changes to make.

The head-scratcher of the day was that the French government has been reviewing the regulation laws for quite some time now, drawing conclusions on their own rather than talking with the operators. Why would the government wait until the end of the review period to talk with the operators? No one seems to understand and certainly no one seems to want to take the responsibility.

The second day of the conference focused on the French affiliate market and it quickly became clear that many affiliates are unhappy with the way things stand at the moment- their CPAs and revenue shares have been decreased as a result of the high tax. Affiliates also feel threatened because regulated operators in France are now able to invest in mass media advertising with less of a dependence on the affiliate channel for acquiring new players.

On the other hand, once the market stabilizes and matures, affiliates will benefit from brand awareness and should view the mass media advertising ability as support rather than competition. French affiliates also learned that they can be successful in this market if they focus on educating new players of the regulated operators as opposed to trying to convince seasoned players to move to a licensed iGaming site.

The general message to affiliates on day two was that they must be patient with France- the market is still young and has yet to find its way. The regulation may trigger a need for affiliates rebuild their revenue stream, but the ability to make money in the French market is certainly not gone forever.

The next year should be an interesting one for the French market. While ARJEL made it clear to delegates that a new law will not be introduced anytime soon, it is highly probable that there will be some amendments made to the law addressing the tax situation and allowing for operators to make some cash. It looks like an initial investment in the French market may pay off for bigger operators who can absorb the current costs, however for the smaller operators who do not have this luxury, it is going to be a difficult battle in 2011.

Watch the day one summary and day two summary of iGaming France Conference here and view the conference pictures here.

US realty firm wants Cyprus casino license; Paris to get its own casino?
Kirby Garlitos
15 April 2015