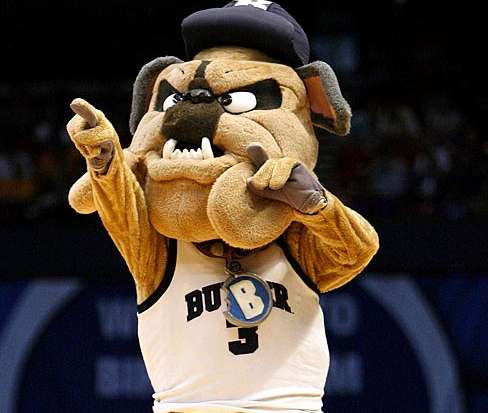 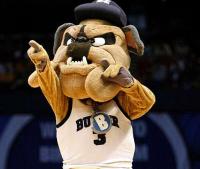 If you’re NCAA Tournament bracket isn’t busted by now, then you’re either one luck son of a bi*ch or you’re a genius. My guess is, you’re probably closer to the former.

There’s a lot of buzz around the impressive run the UCONN Huskies are making in the tournament, and while it is impressive considering their piss poor start to the season, Butler once again takes the cake as the most surprising and impressive team in tournament.

Brad Stevens, the wizard coach for the Butler Bulldogs has figured something out about college basketball and winning, and he’d be wise to hang on to that secret and never tell anyone what he knows. Stevens is only 34 years old, he looks like he’s about 26, but he coaches likes he’s 60.

His teams aren’t the most talented and they aren’t the most athletic, but they are the most disciplined and well run units in the game. Butler’s offense is predicated on movement and execution and even stingy defences like Wisconsin were unable to stop it.

For the second year in a row, the Butler Bulldogs have advanced to the Elite Eight, you have to think that it won’t be long before Brad Stevens is going to be offered a boatload of money to coach at a major program…Tennessee has a vacancy.

It won’t be long for Stevens, his resume is way too impressive and he seems to be able to win with a minimum of two good players, once his extension is up with Butler, some major program is going to make Stevens a very rich man.

Arizona shocked a lot of people with the way they manhandled the number one seeded Duke. For the record, that’s is the best game the Wildcats have played this entire season, so don’t surprised if they don’t shoot the lights out from all angles on Sunday against UCONN.

As for UCONN, they are probably one of the most dangerous teams left in the tournament for the simple fact that they have Kemba Walker, who in my opinion, and this is blasphemy to many, but I think he’s as good, if not better than Jimmer. There, I said it.

The Huskies have won their last 7 games, including the Big East tournament and they haven’t stopped rolling during March Madness. They will have their hands full trying to contain Arizona’s Derrick Williams who is simply a monster on the low blocks.

I have said before that the seedings in this tournament mean nothing, the way Arizona took Duke to the woodshed, and Butler handled Wisconsin and UConn dusted San Diego St is just more evidence that these upsets, aren’t really upsets.