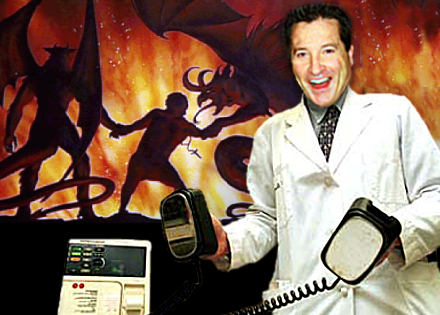 Some of you may recall that CalvinAyre.com had its official launch on May 25, 2010, which just so happened to be Calvin Ayre’s 49th birthday. A party to celebrate both these occasions was held in Prague during the iGaming Super Show. No less an authority than Playboy magazine would later describe this little shindig as “a surreal party with a bizarre mix of post-apocalyptic movie characters, statuesque European models, midgets and live pigs.” And Calvin didn’t even think it was one of his better efforts. 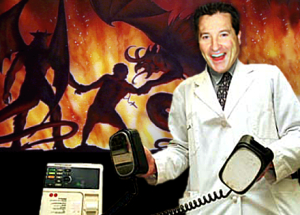 It’s now just two more months until the one-year anniversary of this site’s launch and that party. May 25, 2011 will also be Calvin’s 50th birthday. These are milestones deserving of serious celebration, and Calvin’s not one to miss an opportunity. That’s why, for the better part of a year, we’ve been warning the good citizens of Dublin, Ireland — host city of the 2011 iGaming Super Show — that late May might be a good time to take that holiday abroad. If they choose to remain within city limits on the evening of May 25, they run the risk of catching a debilitating contact high from all the adrenaline, endorphins and intoxicants in the atmosphere.

Those who weren’t fortunate enough to attend the Prague bash might worry that Calvin likes to take advantage of his role as host to deliver lengthy monologues. For the record, Calvin spoke for less than a minute at the Prague party, just long enough to remind everyone why we had all gathered together: “To get fucking drunk!” This year’s battle cry could be even shorter. In fact, “to survive” might be more appropriate.

We need to make a few things clear. You have to attend the iGaming Super Show (of which CalvinAyre.com is a sponsor) to be eligible to attend Calvin’s party, which will go down at a yet-to-be-disclosed location somewhere in Dublin. Other mandatory requirements for entry include an open mind, a strong heart, and brass balls. FYI, that’s not an anatomical requirement. Women are more than welcome to attend. Pussies are not. Seriously, this will fuck you up. It’s going to be, like… Ayremageddon. Publicly, we can’t say much more at the moment, but trust us, your perceptions are going to be so fundamentally altered, you’ll have a hard time deriving any future enjoyment from friends, family… from life. Frankly, we don’t want that on our conscience, so consider yourself forewarned.

So, come and have a go if you think you’re hard enough… But for those who feel safer watching from a distance, the entire soirée will be streamed live at CalvinAyre.com/live. Meantime, watch this space for detailed updates.