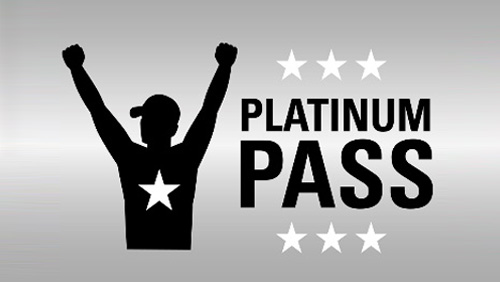 Victor Antoci took down a dramatic final table in Dublin as the craic in the Irish capital saw Chris Moneymaker make the final nine of his own tour.

Moneymaker’s Road to PSPC 2020 made to to Dublin after highly successful stops in London, Newcastle and Milton Keynes saw the United Kingdom leg end and Moneymaker’s crew pitch up on the Emerald Isle.

With 809 entries, the event can only be called a roaring success, and the atmosphere at the tables was the same as at the numerous bars at the venue, with jokes, anecdotes and japery surrounding every poker hand.

When the air cleared, it was the Moldovan player Victor Antoci who had won the fabled Platinum Pass, as well as over €12,000, topping a final table that included one British player, an American – Moneymaker himself, of course – and six Irish players.

The final day kicked off as it meant to continue, with non-stop action from start to finish. The blind structure being accelerated when compared to other PokerStars events such as the EPT, 196 players begun Sunday dreaming of victory.

Only 103 of those players would be paid, and it was an Irish legend who burst the bubble when Dubliner Andy Black, who once reached the WSOP Main Event final table, departed in 104th place. Ironically, he was busted by the eventual winner, as Antoci’s ace-queen got there against Black’s pocket nines.

At that stage, Moneymaker was chipped up, and he rode that wave to make the final table in third position, nicely nestled in behind Sia Browne and Tomas Flanagan. Just missing out on the final table action was another Irish poker legend, Dara O’Kearney. The popular pro and podcast award winner saw his chip race come to an end near the line – something the ultra-marathon winner isn’t used to experiencing, on the road or at the felt.

While O’Kearney missed out, Moneymaker had a real shot at booking his own PSPC seat and watched as Glenn Miller – not that one – and Peter Grey both made quick exits. Seven left, but Moneymaker couldn’t survive. Having got it in with top pair against Sia Browne, her call with an overpair saw Moneymaker need help, and he couldn’t find it. The 2003 WSOP Main Event winner was out, but he stayed on the rail to watch the winner get his pass to Barcelona.

When Irish players Colm Hanlon and Kieran O’Riordan were busted either side of British hope Shawn Morales, just three players remained, and it was then that a three-handed deal took place. Here’s what each player agreed to take home, playing on only for the trophy and PSPC entry in 2020.

Shortly after the deal, Antoci went on the attack. Doubling up through Tomas Flanagan, Antoci then did the same to Browne. Left short, Browne was out when she moved all-in on the river with an ace-high bluff, called off by Antoci. All of a sudden, the man with the lowest amount guaranteed to him following the three-handed deal, Antoci made short work of the heads-up battle, Flanagan unable to get back into it sufficiently to pose a threat.

The Moldovan secure his victory and with it booked a seat in the PSPC in Barcelona in 2020 – a vision he will look forward to over the coming months.