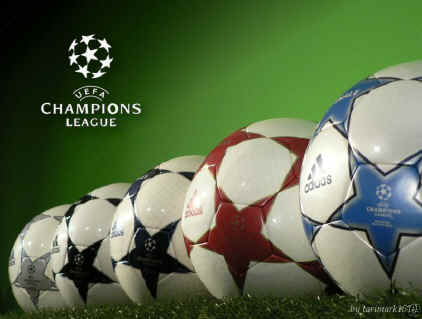 To coin one of Sir Alex Ferguson’s better-known phrases, “squeaky bum time” was exactly what most of Old Trafford experienced for large periods of last night’s Champions League tie with Marseille.

When Wes Brown converted into his own net on 83 minutes, a second would have meant the French champions going through on away goals. Thankfully, for Sir Alex, the makeshift Manchester United defence stood firm.

Time had looked anything but squeaky as Mexican striker Javier Hernandez converted a Wayne Rooney cross after five minutes. His second goal with 15 minutes left took his tally in all competitions to 16 in his first season at Old Trafford. It has meant that “the little pea” is a more than adequate replacement for whichever of Rooney and Dimitar Berbatov are sidelined.

Marseille will be pleased with their level of performance and could very easily have been out of sight if it hadn’t been for profligate finishing and another disappointing display from front man Alain-Pierre Gignac. He reminds you of a man going out for a walk in the summer evening sun who seems rather perturbed by the fact that a soccer ball keeps drifting towards him.

The night’s other tie was the game that neutrals will have wished they’d watched, even if they had to find an Internet stream in Cantonese to do so.

After taking an early lead through Cameroonian Samuel Eto’o, the reigning Champions Inter had looked like exiting the competition after another Julio Cesar error had helped Mario Gomez equalise for Bayern Munich. This was then compounded by a second goal from a player who rarely excites but always pops up with an important goal, Thomas Muller.

For those enamoured to displays of defensive brilliance this was not a pretty sight. Much like turning up for a blind date and not even being able to recognize the person who was on your laptop screen.

Inter hit back to make it 2-2 midway through the second period, Wesley Sneijder scoring a well placed effort, and the grandstand finish we’re more used to seeing at the Cheltenham Festival graced Europe’s biggest soccer stage.

This was the signal for Bayern’s defence to collapse as if bowing to the urges of Amsterdam’s red-light district. Goran Pandev was in place to benefit and made sure that last season’s winners will be in the bag come Friday afternoon.

Meanwhile Bayern boss Louis van Gaal will leave the club at the end of the season without a trophy for his final campaign, not really a surprise given their performance here.