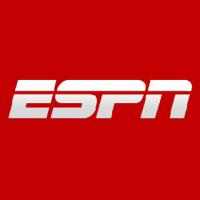 While an NFL strike could have disastrous effects on the online gambling industry, particularly with smaller sportsbook operations, Disney’s CFO doesn’t think it will affect its ESPN sports network.

Of course, ESPN is the goliath of sports networks, and they cover anything and everything sports related, but nothing generates ratings like the NFL. That said, when asked about the possible impacts of an NFL strike on the network, Walt Disney CFO Jay Rasulo responded expressing confidence that Disney’s sports network ESPN, which currently holds the rights to “Monday Night Football,” could weather the loss of games.

Rasulo told the audience at Credit Suisse’s Global Media and Communications Convergence Conference that “we’re not that concerned.”

Glad to see their not concerned, must be nice. But I’m not exactly sure I’m buying that. Monday Night Football is one of the highest rated shows in all of North America.

The advertising value for spots during Monday Night Football alone would make it any network “concerned”, that is, unless they don’t like making money.

Still, it was great posturing by Disney’s CFO. “If advertisers want to reach the demographic that the NFL is reaching, especially in an economy that is on its way back, … it’s going to be sports, and these sports are going to be carried by ESPN,” Rasulo said.

He’s right, but everyone knows there’s a huge difference between the MLB and the NFL as far as television audiences go.

Let’s face it, everyone is concerned if there’s no NFL.