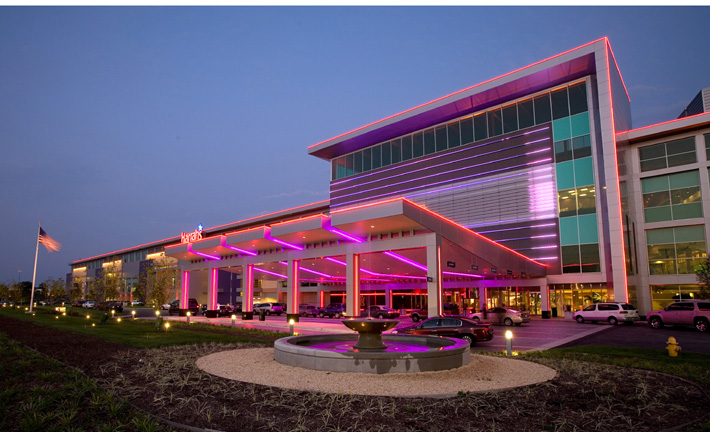 Pennsylvania’s casinos have bounced back from a decline in January showing a healthy increase in revenue for the previous month.

Since approving gambling in casinos back in 2006, Pennsylvania has had nothing but good things to say about the industry and the added weight it has given their economy.

Of the ten casinos in the state Parx Casino was the most successful, grossing over $30m in revenues and this has given notion to the rumors that the state will soon surpass neighbours New Jersey and specifically Atlantic City.

Gaming Analyst Brad Dawkins told OnlinePoker.net: “There is no reason to believe at this point that the Pennsylvania casinos will start going backwards with their revenue. More likely is the revenue will continue to grow, and if no changes are made to New Jersey laws, Pennsylvania will become the top gaming industry in the region.”

He’s of course alluding to the online gambling bill that was yesterday vetoed by Governor Christie and seems to open up the chance that Pennsylvania will take over from New Jersey.

Speculation around whether Missouri might choose to regulate intrastate gambling to revive the fledgling casino industry has been nipped in the bud.

The River Front Times had carried a story on whether the state could become the next to regulate but after talking to a Missouri Gaming Commission (MGC) spokesperson it doesn’t look like happening any time soon.

Les Hahn, an enforcement manager at MGC said, “It would require a state constitutional amendment allowing for intrastate gambling. Currently the only exception to state wagering laws is the state lottery, charitable sweepstakes and bingo and gambling in riverboat casinos.”

Eight of Missouri’s 13 casinos saw a decline in revenues in January and you have to wonder how long other states, such as Missouri, will wait after one state makes a decision to allow online gambling in some form.