Home / Sports / What happens if the lock drops on the NFL? 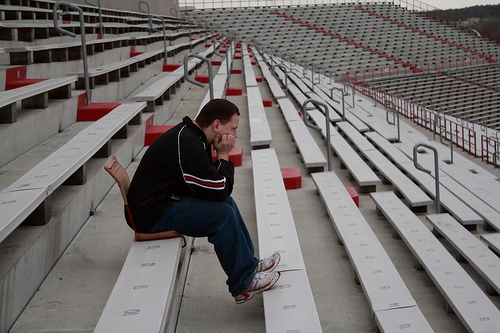 Many of us gaming industry professionals, bettors and NFL fans that just finished watching the NFL Combine now have one thing on our minds; and that’s the deadline of March 4 for a new NFL CBA.

Barry Wilmer of the AP provided a little primer on what an NFL lockout might look like. Of course, a lockout to us just means no football, but to the players it means cessation of things like medical coverage, workouts and contract negotiations, just to name a few.

Wilmer brings up an interesting point about decertification that’s worth discussing here. The fact of the matter is that there is a significant portion of NFL players that can’t afford not to be playing football next season, so desperate situation call for drastic measures.

The other reality is that decertification could occur before March 4th.

The basic definition of decertification is a legal move to remove or disband the player’s union. The players would forfeit their rights to collectively bargain, but each player would still have the right to file antitrust claims against the NFL and the owners. The NFLPA has already received permission to decertify to save the 2011 season, and it should be noted that the last time the players union decertified was in 1989, which eventually led to a settlement with the NFL in 1993 which gave birth to free agency and the reformation of the NFLPA.

If we are on the verge of a lockout, sportsbooks, we might as well milk what’s left, how about some odds up on whether the NFLPA will decertify before Thursday?

If they don’t decertify before the CBA expires, they can file for decertification 6 months later. But that would pretty much kill the season.