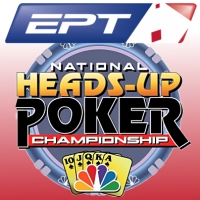 The final table is set to go Saturday at the European Poker Tour Copenhagen. The field of 449 has been whittled down to eight, but it’s a rather wobbly final table considering that frontrunner Per Linde has over a third of the chips. Linde started Day 4 on top and never relinquished his hold on the lead, tripling his stack over the course of the day. Due to the event’s location, the final eight is unsurprisingly Scandinavian-heavy, but there is one Yank, one Brit, and one Italian, so there’s at least something for non-blondes to root for. The final table (with chip counts) looks as follows: Per Linde (4.98m); Kevin Iacofano (1.844m); Nikolas Liakos (1.493m); Juha Helppi (1.47m); Michael Tureniec (1.31m); John Eames (1.06m); Mudassar Khan (823k) and Andrea Dalle Molle (417k)

Live large-scale tournaments might be appearing in a heretofore barren locale if Alex Attwood gets his way. As part of his review of Northern Ireland’s gambling regulations, the Minister for Social Development thinks he sees “an opportunity to consider whether, in principle, there should be an easing of the current restrictions to permit registered clubs and licensed premises here to offer poker, bingo and other equal chance games, subject to limits on stakes and prizes.”