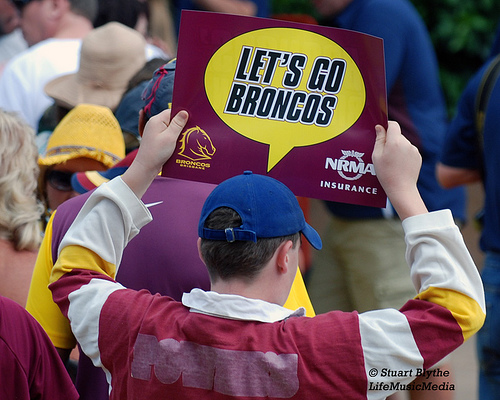 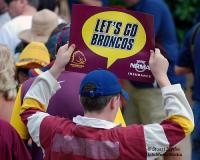 Sponsorship of sports clubs is big business and online gambling firms are no different in the pursuit of being emblazoned across the front of the shirts of teams, especially in soccer. One thing that none of them have considered so far is to create humorous slogans to put on the front of the shirts. This will have to wait though.

Rugby league is currently an area that firms are exploring sponsorship in and yesterday saw English Super League side Warrington Wolves agree a deal with Betfred to providing in stadium betting. Sportingbet have gone one better though.

Brisbane Broncos of National Rugby League (NRL) will have the name of the company on the back of next season’s jersey in a move that continues to see the gambling industry penetrating the sport.

Although gambling sponsorship might be seen as controversial in certain parts of the world, it’s all the more controversial that this deal should be made in Australia after recent controversy emerging over certain players playing in the league fixing games.

Elsewhere, yesterday we saw that Dutch online gambling regulation was on its way but reports conceded that certain companies in the online gaming industry were far from happy at the French-style system.

This would mean that licenses would be auctioned off to people wanting to operate in the country. We spoke to Betfair to see what their opinion on the plans were, and spokesman Ari Last explained: “We’re watching developments with interest and we’ll look to engage with the Dutch government in the same constructive way that we do with lots of other governments in EU.”

There’s a long way to go in Holland but if Betfair is consulting with the government then the system might be a little fairer than is first thought.