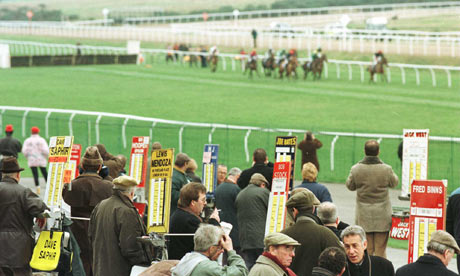 After a saga that feels like it’s lasted as long as the Star Wars series took to take shape, the impasse between those on each side of the horserace levy debate seem to have got their own way – well sort of.

Following months of wrangling between racing and the bookies, the independent directors on the Levy board have recommended a figure of between £75m and £80m as an annual settlement to be paid back in to racing.

The figure is about half way between what each side wanted after racing was believed to be holding out for close to £130m whereas the bookies thought it closer to £50m. The bookmakers might claim a slight victory but you’d think that each side was being generous with their estimate so will probably be just as pleased.

It goes against MP Matthew Hancock’s suggestion that a commercial funding system should be adopted by the racing industry. It has been recognized by the government that this should be the case but there is no sign of the suggested “racing right.” This would have seen bookies having to pay a fee in order to be able to take bets on horse races taking place at UK courses.

As some of the gambling industry have supported scrapping it completely, this is unlikely to go down as well as it could have done. A reduction in the figure being paid should be good news but any increase in the amount being paid, especially for the highest contributor William Hill, is likely to cause some ructions.