Home / Business / Any fool with a dick can make a baby… 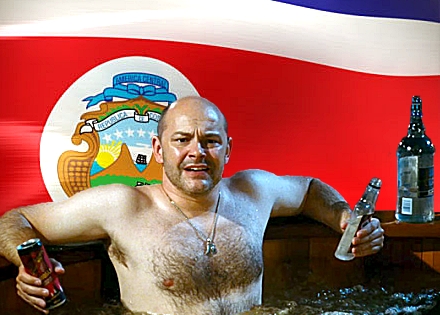 Due to the regulatory stances taken by most Western jurisdictions, a significant number of online gambling companies chose to base their operations in Central America and the Caribbean. Grateful for the money they pump into local economies and the white-collar jobs they offer local citizens, these tropical jurisdictions welcomed online gaming firms with open arms. For the most part, the companies reciprocated this welcome, with many former residents of the US and Canada choosing countries like Costa Rica, Antigua, Curacao and others as adopted homelands. 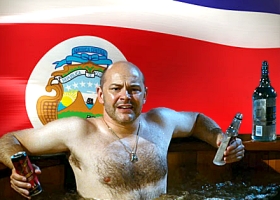 But just as every barrel of fruit has a few rotten apples, some of these transplanted Westerners feel they can treat their hosts as second-class citizens in their own countries. Their gaming company salaries put them in the top economic strata, which fosters an unjustified sense of entitlement. This leads to behavior more suitable to Victorian colonial times, when the smug colonizers presumed they had more rights than the citizens of their host countries.

It has come to my attention that a certain (for the moment nameless) online gaming employee in Costa Rica is behaving in a manner that wouldn’t fly in his home country. A local girl believes this man to be the father of her child, but can’t get him to acknowledge this fact. Frustrated by his inaction, the girl wishes him to take a paternity test, which (so far) he has refused to do. Although she can ill afford it, the girl has offered to pay for the test out of her own pocket, but still the guy refuses to respond to her requests. This has the girl examining the possibility of hiring a lawyer to compel the guy to take the test, even though, as mentioned, she doesn’t have two sticks to rub together.

If you’re wondering why I’m taking such an interest in this case, it’s partly because I introduced the guy and girl way back when and this is why she has come to me for help. Ergo, I feel a responsibility to see that the situation is resolved to both parties’ satisfaction. There is, of course, the larger sense of responsibility that we gaming industry types, as guests in someone else’s country, should behave in a manner that our hosts would condone. But on a personal level, frankly, I find it baffling that someone could be so utterly disinterested in determining whether or not they had a fathered a child.

So I throw the question out there to members of our industry, and to the general public, as well: what would you do? Second, to the guy in question, who I have already asked to man up: Dude… man up and take the test. Hell, I will even lend you the money for the test and you can just pay me back if she is correct (hell, you can give me a bonus for helping to find your daughter for you). If she is wrong, consider it a farewell present, because your conduct still disgusts me.