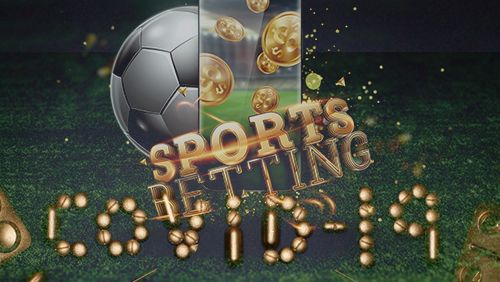 Economies around the world are suffering because of the coronavirus, some more than others. Costa Rica’s financial health wasn’t exactly one of the best before the global pandemic, and it is now losing strength as the country shuts down. Soccer has been impacted, as well, with the national league being suspended and no money coming in. Being such a huge part of the country’s society, new ways to generate revenue are needed to make up for the losses, and it might be time to break out an old playbook. Lawmakers are suggesting bringing back legalized sports gambling to help stave off further economic losses.

The idea of reviving sports gambling began circulating earlier this month. Costa Rica used to have legalized domestic sports gambling, but it went away in 1998 due to a lack of interest. Still, this hasn’t stopped the country from becoming a haven for off-shore sportsbooks, but, unfortunately for the country, Costa Rica doesn’t capture a significant portion of that revenue.

According to local media outlet CRHoy.com, soccer could become a lifesaver for the country’s economy. Fernando Ocampo, the president of the soccer club out of Alajuela, told the outlet, “It’s time to be creative and consider proposals to generate resources for soccer and other sports. Soccer can help generate additional revenue for the National Olympic Committee and other sports.”

He added that the thought of introducing sports gambling is just now beginning to be studied, and that it will take a few weeks before a plan could be produced, if it is to be produced at all. After the last attempt was unsuccessful, there aren’t any guarantees that a revival would find a better response, and it isn’t easy to predict how much revenue could be generated. This is especially true given the lack of disposable income on the part of most citizens.

Still, it’s an idea that might find support, and Ocampo isn’t the only one to believe that sports gambling has a place in helping to rebuild the economy. Before COVID-19 was even on the radar in Central America, the Junta de Protección Social (Social Services Board) had begun to explore legal sports wagers as a viable revenue stream, as well as a method for eliminating black market gambling. The executive president of the organization, Esmeralda Britton, said last October, “I feel that at the time we weren’t prepared for sports betting, but today we know much more, the world has advanced a lot and we are in contact with other countries where this modality has already been implemented, such as Colombia or Argentina. We’re analyzing their strengths, their mistakes, to avoid those problems and choosing the most profitable model for us.”

Legalizing sports gambling in Costa Rica could be a successful venture and would help the country rebuild. However, introducing new legislation – even if it existed before – is not a simple process and would almost definitely not happen for several months, long after the coronavirus has crippled the country’s economy more.