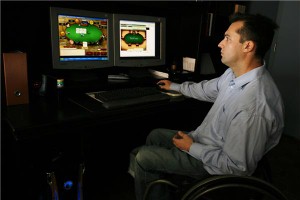 Following the lead of the French, Belgium will begin licensing iGaming businesses to operate within the small nation beginning as early as January. Before everyone thinks of starting their own online card room, there is a catch. The licenses will only go towards the owners of physical casinos, though that criteria is currently being appealed by numerous online gambling companies hoping to break into the Belgian Market.

Despite this minor controversy, Belgian gamblers most likely are choking on their waffles with excitement, as the new law will finally take online gambling out of what Poison Guitarist C.C. Deville once called the “proverbial gutter” and legitimize the practice in modern society.

Specific details as to the operations of these online gambling sites are scarce, though they will likely have a language rule in place as the country boasts three national languages in Flemish, French and German.