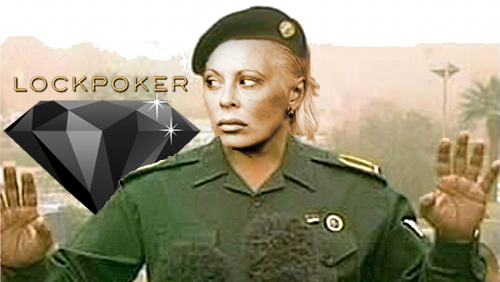 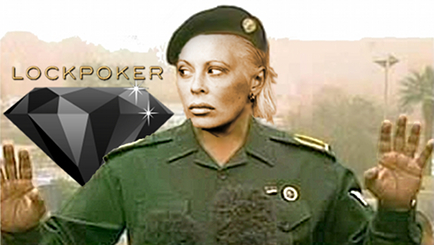 Randomly surfing the internet can sometimes resemble a stroll through the theater of the absurd, the museum of barnyard oddities and/or the Lost & Found department. It makes you feel like some intrepid explorer hacking his way through the jungles of South America, then stumbling across some isolated tribe, previously unknown to the wider world. For instance, who even realized there was something out there called Lock Poker? But despite this site’s relative obscurity, reading just one of their press releases reminds us of all that’s wrong with the current poker network model.

Canadian Jennifer Larson is Lock’s owner, operator and sole employee. When Lock first launched a few years ago, Jennifer was a moderately competent search and social media manager for a Canadian-based online gaming industry supplier. Launching one’s own site while being paid by someone else to do something else could be considered a breach of the fiduciary duty of employees (or theft, as non-accountant types call it), but we digress…

Lock Poker began life in Larson’s Vancouver condo, the layout of which must be something of a maze, because even years later, Lock has yet to find the way out. The site was and is chronically underfinanced. Lock is a US-facing poker white label on the Merge Gaming Network. Lawson is now claiming to be running a US-facing casino white label; presumably this is run from the laundry area of the condo (with the clothes dryer stuffed with bingo balls).

Merge is essentially the poker arm of the Sportsbook.com group run out of Costa Rica, though they do have a business development arm in Vancouver and software development in Australia. Sportsbook.com took over control of the network in the deal last year that saw them transfer all their US-facing sites to this network.

Anyway, back to Lock Poker’s press release, an excerpt of which reads:

“One of our mandates as a company is to provide a superior online poker experience” says Jennifer Larson, CEO of Lock Poker. “We are determined to take this industry by storm and innovate in every possible way we can. The player comes first at Lock and that will always drive our business development.”

“SharkScope is delighted to be working with Lock Poker in a groundbreaking partnership that brings our years of expertise in the display and analysis of poker statistics directly to Lock Poker players” says Steve CEO of SharkScope “Players will be able to track their tournament results, examine their statistics in great detail and so find new ways of increasing their profits, all directly on the Lock Poker site.”

Let’s analyze what exactly Larson is saying here and what the implications are for the Merge network. For clarity, Larson has issued a press release which states that she is an innovator, but in reality, it’s the network that is rolling out these innovations, not Larson. Networks often let their white labels claim innovative credit for things they roll out network-wide, as if it’s the white labels’ R&D departments actually coming up with these concepts. In Larson’s case, the R&D department would presumably be in the loo, where she keeps her Fast Company Magazine collection for handy downtime reading.

Larson also crows about how she (not Merge) is offering more tools to its sharp players to enable them to more quickly gobble up the fish. Basically, this is going against the trends of the poker industry. The reason the industry is going in the opposite direction is because this model drains the resources out of the eco system. It’s the kind of move that kills networks. So not only is Larson saying something really foolish, but Merge must also think this is a good idea, meaning neither of them understand what’s now happening in the poker space. It’s the blind leading the blind… off a cliff.

Now, other than disbelief that Larson still has enough money to put out a press release, the main takeaway from viewing this release was just how much trouble these small poker networks are in. They have their business model wrong and need to change who they target as players. They also need to rid themselves of all these little fly by night white labels that are robbing resources from their network, focusing instead on growing the poker business of their bigger rooms, or signing up more of these bigger rooms. On a poker network, a few quality rooms should be the target; all the small ‘me too’ rooms should be cut loose. If they ever hope to gain any real traction in this business, small networks need to understand that the online poker world has changed and they can either change with it or go the way of the dodo.