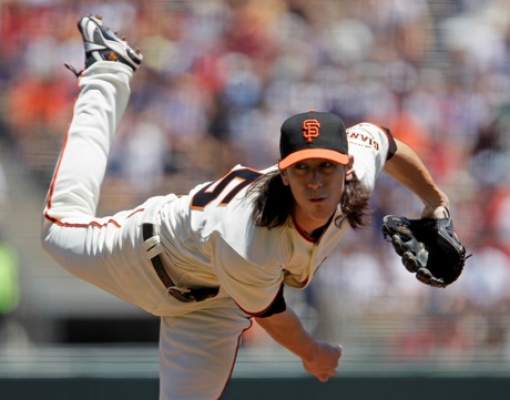 For many, betting on baseball is a religious activity and nothing is more sacred than betting on the World Series. For those savvy gamblers who picked the Texas Rangers and the San Francisco Giants to win the American League and National League Championships, it has certainly been quite the payday.

Now it’s time for sportsbooks to make their World Series betting blitz and soak up every last dollar possible from the 2010 baseball season. Sportsbooks should be offering everything from MVP odds on players, sweep odds on teams. Props should be coming in from all angles, who will win the first game props?, Who will score the first run? How many scoreless innings will Cliff Lee pitch? How many homeruns will Josh Hamilton hit? It should be a betting bonanza for bettors who are looking to sure up their numbers for the entire season and those who made a killing on future bets to try and double up on the World Series.

There’s no lack of story lines to attract people to watch this year’s world Series. The Rangers Josh Hamilton has battled drug and alcohol addiction and being kicked out of baseball, and has emerged as an MVP candidate. Rangers pitcher Colby Lewis a year ago was throwing gyro balls in Japan, and Coach Ron Washington used to be cocaine addict. When you consider the fact that at the beginning of the season this Rangers team was in bankruptcy and this is a true redemption story.

For the Giants it’s all about respect. No one in their right minds should have picked them to come out of the National League and beat the Phillies. They’re a team on a mission and they find ways to win close games. They’re not a team that’s just happy to be there, they’re a team that believes they’re destined to win their first ever World Series. Cody Ross was damn near out of the Majors after being placed on waivers by the Marlins, he’s now become a hero after a sizzling NLCS, which was highlighted by two homeruns off Doc Halladay and one off Roy Oswalt. The Giants have an amazing pitching staff headlined by “The Freak” Tim Lincecum and their crazy fiery closer with the dyed black beard, Brian Wilson.

The Rangers head into this series as the favorites to win it all, but those Giants sure are one hell of an attractive underdog. The Rangers won’t have the luxury of hitting sloppy starting pitching and a horrific bullpen as they did when they faced the Yankees, but the Giants haven’t played a team with the hitting power like the Rangers, and of course, Cliff Lee. As the saying in baseball goes, there’s only TWO WORDS to describe how it might play out…”Never know.”
I’m taking the Rangers, and I hope it goes the full 7, and I’m taking Cliff Lee as my MVP at 11/2 odds.