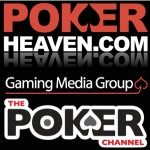 Meanwhile, GMG’s TV network, The Poker Channel, has also been active on the deal-making front. The Channel has secured Russian and European (except France) broadcast rights for Sony/GSN’s High Stakes Poker series for a three year term. The Channel has further expanded its visibility in Eastern Europe by inking deals with UPC Direct (serving Hungary and the Czech Republic) and Focus Sat (in Romania).

As reported in April, GMG was said to be exploring options to sell the business. Whatever the current state of those plans, one can assume GMG’s price just went up.