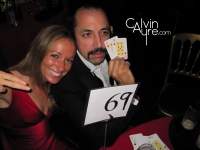 With only one week to go to enter the eGR awards affiliate categories we’re afraid there’s bad news for everyone else. The time has already passed for you as eGR today announced the shortlists for the operator awards excluding any of the four new awards.

Leading the way after the shortlist was released are 888.com with 12 nominations, William Hill Online with 11, PartyGaming with nine, and the other leading candidate Betfair with seven nominations. To decide this John O’Malia, consultant and board director at Mangas Gaming, oversaw a panel of independent judges including John O’Reilly, former head of remote betting and gaming at Ladbrokes and Hilary Stewart-Jones, partner at betting and gaming at Berwin Leighton Paisner.

Known as the iGaming industry Oscars, and held in London, the big one that everyone will want to win is the prestigious Operator of the Year award. This year’s will be contested by Bet365, Betfair, PartyGaming, William Hill Online, 888, Unibet, Gamesys and Betsson. Last year’s winner Bwin are not present amongst the nominations though.

If you don’t know what to expect, and want to know who won last year, head over to our page covering last year’s festivities. A full shortlist is available here, otherwise we’ll see you at The Artillery Garden at the HAC on Wednesday 24 November.