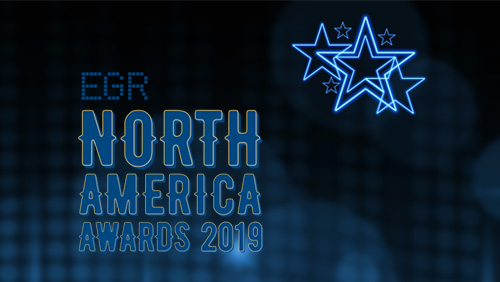 their third year recognized and celebrated excellence in the North American online gaming industry rewarding leading operators and service providers for their performance in the past year. The awards are judged by industry peers who take growth, innovation, execution and more into consideration.

The “Best New Game” award, jointly attributed to Golden Nugget and its technology partner Ezugi for Unlimited Blackjack offers players classic Blackjack action combined with the real-time gaming excitement of Live Dealer. With Unlimited Blackjack game there is always a seat on a table since Unlimited number of players can sit on the same seat and play Blackjack against the dealer, each player making his own decisions and actions. Since launching the game in 2018 it has become a favorite with players and has become a significant contributor to the overall performance of GoldenNuggetCasino.com.

Thomas Winter, GM & SVP Golden Nugget Online Gaming said, “We are very honored to be recognized by our esteemed industry peers as the Operator of the Year in North America for the third consecutive year. Their vote confirms the choice of New Jersey players, who have chosen Golden Nugget as their number one destination for online and mobile casino. We will now try and apply the same focus on superior product, flawless execution and world-class player experience to our newly launched mobile sportsbook.”

In 2018, the Golden Nugget has strengthened its position of the US #1 online casino operator, showing a revenue growth of 53% YoY and increasing its share of the New Jersey online casino market to 37.8%.

While continuously investing in its Live Dealer Studio, the first to reach 600 games across desktop and mobile, the Golden Nugget Online Casino has a 95% customer satisfaction rating and player recommendation while providing the best customer service from their land based casino in Atlantic City, NJ.

The Golden Nugget Atlantic City, located on Frank S. Farley Marina is a premier resort destination, offering guests more than 740 rooms and suites. The entire property went through a $150 million complete renovation 5 years ago and has taken on a fresh, modern look to include a high-energy casino featuring the most popular slot and video poker machines, table games, and poker room; nightly entertainment, new bars and lounges, Haven Nightclub, stylish retail offerings, as well as Landry’s signature world-class restaurants such as Chart House and Vic & Anthony’s Steakhouse; a luxury spa and salon; and H20 poolside lounge. The Golden Nugget has already established strong brand recognition worldwide with locations in Las Vegas and Laughlin, NV, Biloxi, MS and Lake Charles, Louisiana.

Launched in November 2013, GoldenNuggetCasino.com intends to offer the best user experience to New Jersey online and mobile real-money gaming players. Supported by the largest selection of games for both desktop and mobile players, a user-friendly interface and a world-class Customer Service, GoldenNuggetCasino.com was voted Operator of the Year in 2015, 2016 and 2017 at the iGaming North America Awards and Operator of the Year 2017, 2018 and 2019 at the EGR North America Awards.