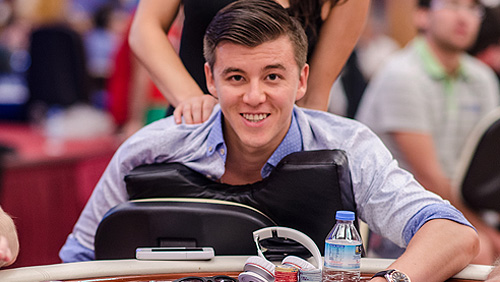 A triumvirate of news stories from the land of partypoker including another award, two titles for Anatoly Filatov, and a Kristen Bicknell breaking her $100k duck. 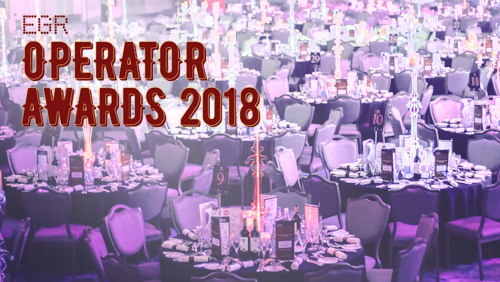 I took my little girl to watch the Welsh National Opera (WNO) Halloween Special. I thought she would last ten minutes, but she sat on my knee, enthralled, for an hour. Only when they wheeled a strange old tenor onto the stage in a coffin did she ask to go home and watch Mickey Mouse.

There was a fancy dress competition, and it reminded me of my boy when he was a nipper. We were on holiday in Fishguard Harbour, and the local pub had a contest. My boy, who dressed up as Darth Vadar, kept banging on about winning the thing. I knew there was more chance of him winning a partypoker MILLIONS Main Event, but kept schtum.

I went to the bar to order some drinks when some fat guy holding a mic beckoned the kids on stage to announce the winner. I looked at my boy, and I saw him clasp his hands together in prayer, staring at the ceiling, legs impatiently twitching.

I burst out crying.

So did he when the fat man announced Pokemon as the winner.

I wonder if there were any tears at the Grosvenor House in London this past weekend when partypoker won the EGR Poker Operator of the Year award for the second successive time?

Last year, the win came out of the blue. It felt like an indication that partypoker was closer to the coat tails of poker’s Darth Vadar than we thought, but as the year has progressed, and PokerStars prepare for the PokerStars Player’s No-Limit Hold’em Championship (PSPC), I still believe partypoker is some way behind in the race to be poker’s number one.

Here are the winners.

It was also an exciting weekend for two of partypoker’s hottest ambassadors.

Since joining partypoker Filatov has won the MILLIONS Sochi Main Event for $944,230, and in early September he finished runner-up to WWWpartyCOM in the $5,200 buy-in, $1m GTD Powerfest event for $159,000.

Filatov has earned more than $3.7m playing online tournaments, with a third of that haul coming on partypoker.

Kristen Bicknell Flicks it in the €100k.

Finally, partypoker ambassador Kristen Bicknell appeared in the €100,000 Super High Roller at the World Series of Poker Europe (WSOPE). The Canadian didn’t make it to the Day 2 starting gate, but it was amazing to see a talented female player competing in the higher echelons of the game.

Let’s hope she can muster up the bankroll to make it a regular occurrence because the competition doesn’t seem to send shivers down her spine. Speaking to PokerNews about her debut, she said that it felt no different to playing a £25k event.

Bicknell is ranked #14 in the Global Poker Index (GPI), and the #1 Female in the world. Her boyfriend, Alex Foxen is the current GPI #1, and the pair played against each other on Day 1 of the event in question.