Home / Business / Antigua on verge of resolving online gaming WTO dispute with US? 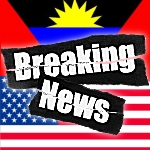 According to a report in the Antigua Observer, Antigua may finally be on the verge of a settlement in its longstanding WTO dispute with the United States over the issue of online gaming. Minister of Finance Harold Lovell has reportedly been meeting with US Dept. of Justice officials, the Deputy Attorney General and US Trade Representative Ron Kirk over the past few days. Antigua’s next move is to submit ‘certain documentation’ within the next week, and the expectation is that the issue could be resolved by the end of the year.

Antigua has been embroiled in the WTO dispute since 2003, but despite winning every stage in their legal fight with the US, the US has steadfastly refused to live up to their international trade obligations. Let’s hope that Antigua settles in a manner that discourages any future attempts by the US to utilize its criminal justice system as an unfair method of preventing legal international companies from offering services to a global audience, as is allowed under international trade agreements.