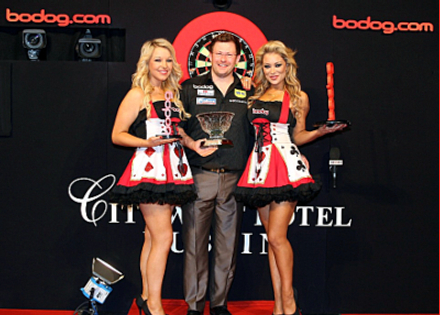 The Bodog.com World Grand Prix is officially in the record books, with James Wade emerging triumphant after defeating Adrian Lewis 6-3 in a confrontational final that saw Lewis accusing Wade of engaging in some fancy footwork while Lewis was throwing, a charge that Wade said left him ‘gobsmacked’. But perhaps it was the ‘Taylor curse’ that ultimately did Lewis in. Lewis had earned his spot in the final by defeating Phil Taylor on Saturday night, denying The Power an opportunity to win his 10th Grand Prix title, but Taylor laughed last, because Lewis is now the sixth of the last eight players to defeat Taylor in a televised tourney who then went on to lose their next match. 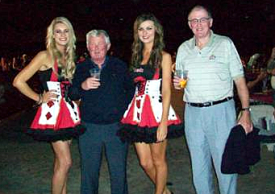 The £350K Professional Darts Corporation tournament represented the first sponsorship deal done in the darts world by Bodog Europe, part of a larger strategy by the company to make their name in the world of sport. A Bodog spokesperson commented, “We have made some giant strides in establishing the Bodog brand here in the UK recently with our sponsorship with Fulham FC and the World Grand Prix is another important landmark for us.” No doubt one can expect more of these types of high-profile deals to be announced as the company continues to expand its reach across the UK and European landscapes.

The World Grand Prix garnered stellar ratings on Sky Sports TV and was a monster hit with the raucous fans at the Citywest Hotel in Dublin. Also making a lasting impression on the assembled crowd were the always colorful Bodog Girls. In fact, their allure proved so powerful, it even caused a bit of friction between old friends such as Hugh Mulvey and Jim McDonnell. Jim (pictured at far right) might have had the connections, but Hugh had the moves, and thus it was Hugh who ended up as the patty sandwiched in between the buns of Bodog Girls. Better luck next year, Jim! 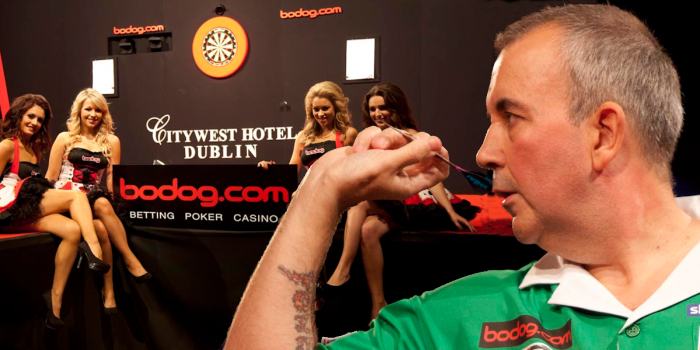