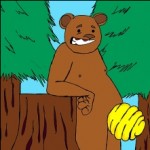 Russian secret agents are alleged to have used the same sultry woman as a ‘honey-trap’ to embarrass SIX different critics of the current regime. But these traps are not being laid only by those looking to fuck over their political opponents. In the wake of alleged match-fixing in Indian Premier League cricket, the International Cricket Council’s Anti-Corruption Unit is warning players worldwide to be wary of females employed by ‘corrupters’ looking to get players into compromising blackmail-worthy positions. You mean, like reverse cowgirl? Read more.