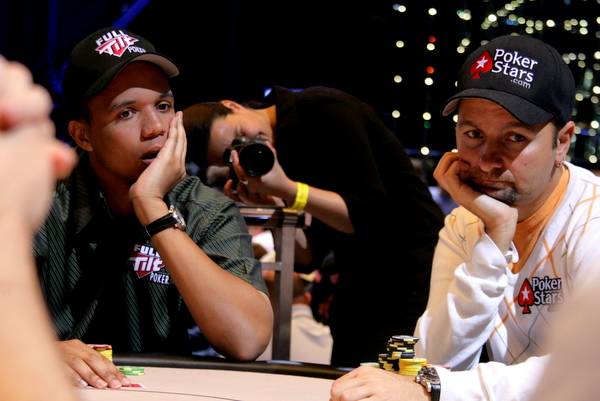 Now I know that the US is not exactly a paragon of justice. Guantanamo Bay, the OJ Simpson Trial (the first one) and America’s general tendency to ignore the rulings of the World Trade Organization are just three instances that spring to mind. But can someone please explain to me how the Supreme Court of Pennsylvania has concluded that poker is a game of chance and not skill?

The court disagreed, by a 2-1 verdict, with Columbia County Judge Thomas A. James Jr’s original decision to dismiss charges of illegal gambling against two Bloomsburg residents – who held Texas Hold’m games in a garage, God forbid – after concluding that poker is in fact predominantly skill-based and not primarily a game of chance.

The two residents, whose games involved bets of roughly $1 to $2 a game, claimed that Texas Hold ‘Em did not meet the legal definition of gambling, which requires that the outcome of the game be subject more to chance than skill.

Now while this sounds like a ludicrous attempt to find a loophole in the State’s arcane attitude towards poker, which it clearly is, the fact of the matter is, if gambling is defined in this way then there is no way the Supreme Court can logically reach their verdict.

Clearly the judges voting had their own agendas here, as America’s puritanical attitudes towards gambling and similar such devil’s work is legend, so I suppose it is no great surprise that President Judge Kate Ford Elliott and Senior Judge Robert Freedberg decided, for reasons best known to themselves, that poker is predominantly a game of chance – even though the prosecution offered no expert testimony regarding the issue of chance versus skill and therefore failed to meet the legal requirement to sustain the charges.

The legal eagle that voted in favour, Senior Judge Robert Colville, said for his part that he would have affirmed James’s ruling on the grounds that prosecutors had failed to provide sufficient evidence at the hearing before James to support their position that poker is a game of chance. Damn right they had. But of course he was in the minority of sane-thinking wig-wearers here.

Still, the prosecuting attorney in the case believes there is sufficient grounds for an appeal. No shit, Sherlock! Fuck me, all you have to do to make your case is to point to the professional players who make millions every year from playing poker.

If Texas Hold ‘Em is more about chance than skill, then how come the same old cats end up reaching the final tables of the major poker tournaments every year? I would like to present before the jury Exhibit a)
Daniel Negreanu, who has earned almost $13m by playing the various forms of the game. Behold, Exhibit b) Phil Ivey, who is officially the world’s best player. And for good measure, here’s Exhibit c) A list of poker’s Top 10 earners.

Then again, the US legal system being what it is, they will probably just rule that Negreanu, Ivey and the other great poker players are just a bunch of lucky bastards.