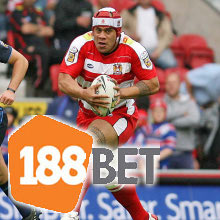 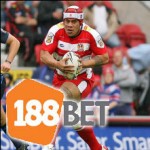 Hmmm… Is 188Bet planning a move from the Isle of Man to Greater Manchester, or are they just that fond of pies? Having already locked up a deal with Premier League football club Wigan Athletic, 188Bet has announced their first ever partnership with a rugby league football club, Wigan Warriors. The online gambling firm’s logo will now appear on the team’s home and away jerseys, and presumably, CEO Andy Scott’s name will soon appear on the ballot in Wigan’s next mayoral election. Read more.

Has home advantage gone? How the Bundesliga should guide your EPL bets
Paul Seaton
3 hours Ago