Home / Sports / Tiger should not be apologizing publicly! 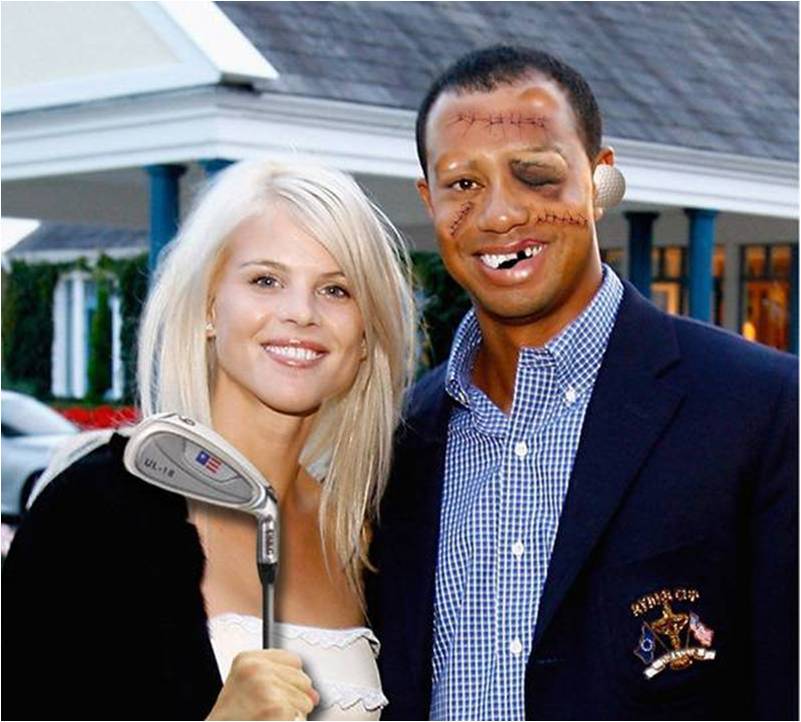 Powerful men have always had mistresses since the dawn of time and chances are…they always will.

The media is embarrassing itself in the US and elsewhere else, by pretending that this is somehow shocking. From my perspective, the only shock is that nobody is offended that Tigers cute little model wife attacked him. With a FUCKING golf club.

Though she likely has a right to be upset, as I doubt this mistress thing was never part of their whole marriage/relationship deal…after all, its always the lies that cause the pain.…you have to wonder how she thought this wasn’t in the cards. I mean, he’s rich and powerful. Isn’t that why she married him to begin with?

I consider this to be a much bigger media issue than the barely interesting revelation that a powerful rich man had an affair. What if she actually connected with a swing of that club and killed Tiger? Those kids would be hitting the crack pipe and robbing hookers at gun point by the time they’re 14…father dead – mother in prison….nice plan girlfriend.

And for all the retards I hear that are advising her to leave him for this…now that really improves the lives of her and her kids….not…what a ridiculous suggestion. If you choose to have kids, you have to make sacrifices…it’s not about you anymore. The best move now for their entire family is for them both to get over this. And get over it quick. Tiger accepting the total blame for the accident publicly is a good start. Now, he needs his wife’s help to finish it.

Anyway…not much more to offer other than to say that if I were Tiger Woods, I would tell the media to fuck themselves if they asked me about my personal life. He doesn’t owe them any explanation.

He clearly has enough explaining to do at home.