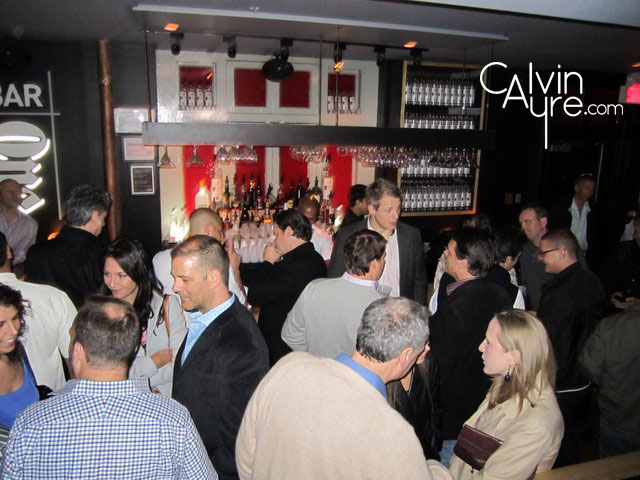 The night began at the intercontinental- a little hockey, a little food, and a lot of wine, beer and booze thanks to iMEGA Joe Brennan’s VIP club card and expense account, and then a move to Club 1234, the official GIGSE party.  See, the issue here was that getting from point A to point B was not so easy considering all of Montreal was going off because their hockey team won the hockey game and made it to the semi finals that night…we’re talking honking horns, drunk fans, girls flashing their fake boobs (must to Daniel Beard’s disappointment as he prefers the real ones), fake stanley cups, tear gas, pepper spray, and police men everywhere…and it was just the semi finals- can you only IMAGINE what would have happened if it was the finals? For the love!  Anyway, we made the best of the situation and hunkered down at Club 1234 until the air and streets were clear, and then made our way to the hotel rooms of several certain someones whose names will remain nameless for several different reasons, thank you very much.

Checkout more Pictures and the Drunk as fuck award from the Official GIGSE Party.