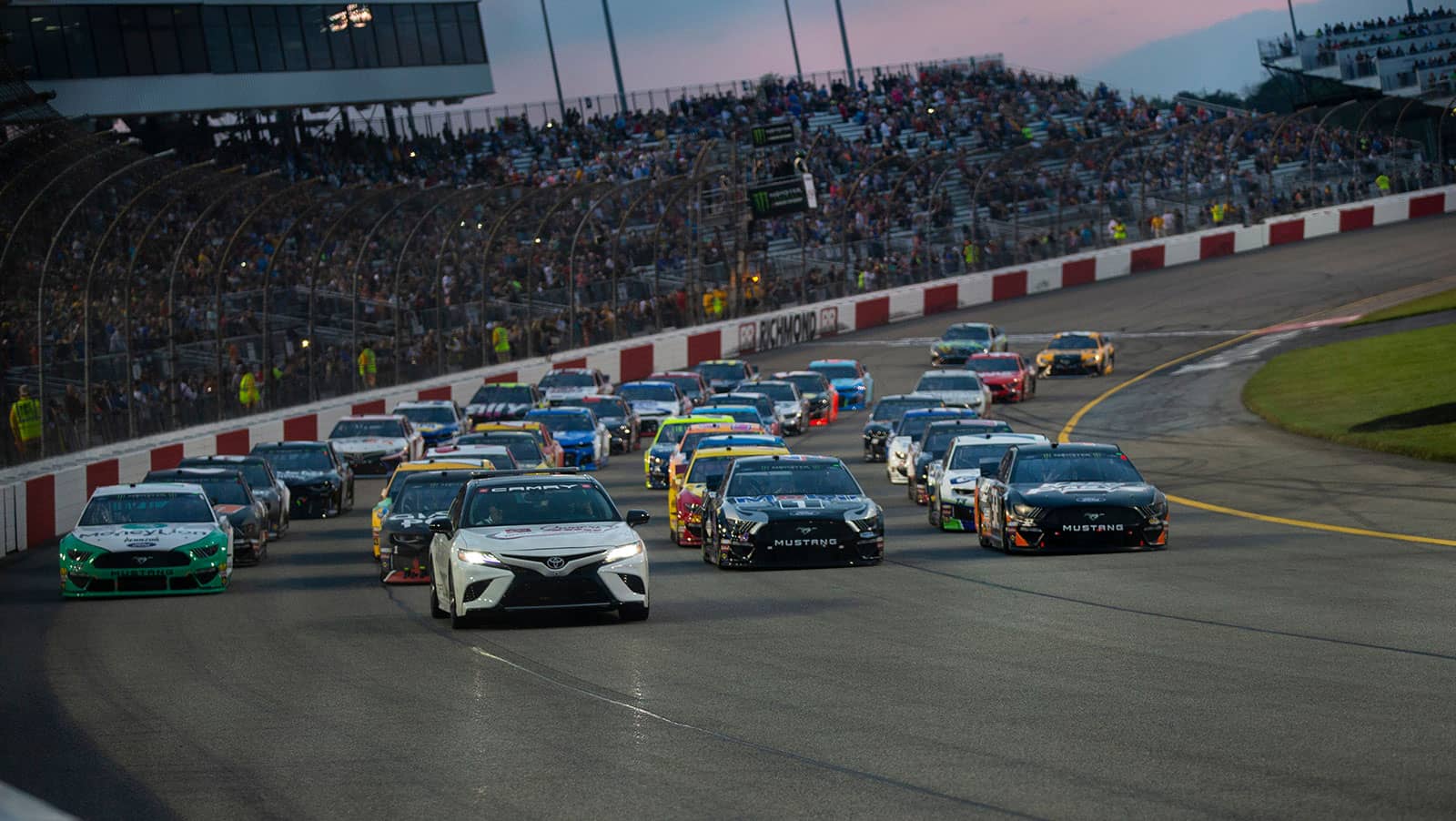 Just about every team sport on the planet concludes its season with its biggest event. The 2020 NFL season, for example, just concluded Sunday with Super Bowl 55. NASCAR handles things differently as it stages its biggest event to kick off the new season and that’s the Daytona 500. The 63rd running of the Great American Race is Sunday at 2:30 p.m. ET from Daytona International Speedway on the east coast of Florida. There will be limited fans (around 30,000) allowed. It’s 200 laps around the 2.5-mile track.

One big storyline at this year’s race is who isn’t in it: Seven-time points champion Jimmie Johnson, who retired as a full-time competitor after last season. He won this race twice, in 2006 and 2013.

The clear-cut favorite (if there is such a thing in a NASCAR race), is two-time defending champion Denny Hamlin at +700. The 2019 race won by Hamlin was the last at the track with restrictor plates, and last year’s race was postponed by a day due to rain. Hamlin edged out Ryan Blaney by 0.014 seconds to become the first repeat winner since Sterling Marlin in 1995.

Hamlin also won in 2016 and has joined Jeff Gordon, Dale Jarrett, Bobby Allison, Cale Yarbrough (four) and Richard Petty (seven) as the only three-time winners of the event. No one has threepeated.

Chase Elliott, Brad Keselowski and Joey Logano are each +900 with Ryan Blaney at +1000. Elliott won the NASCAR Cup title last season to become the third-youngest Cup Series champion after Bill Rexford in 1950 and Gordon in 1995. It was the first points title for Hendrick Motorsports and Chevrolet since Johnson won his seventh and last in 2016. Elliott has started on the pole twice in this race but has yet to win it. He finished 17th last year but runner-up in the summer race at the track. Elliott’s Hall of Fame dad Bill won this race in 1985 and 1987.

Blaney also has yet to win the race but in addition to that runner-up last year had a sixth-place finish in the summer event at Daytona. Logano won in 2015, while Keselowski hasn’t yet taken the checkered flag at the Daytona 500. He did win the 2017 summer race at Daytona.

The two spots on the front row will be determined Wednesday (change from previous years) and the rest of the field order Thursday. The last winner of the race to start from the pole was Jarrett way back in 2000. A Chevrolet driver has captured the Daytona 500 pole in each of the past eight years.