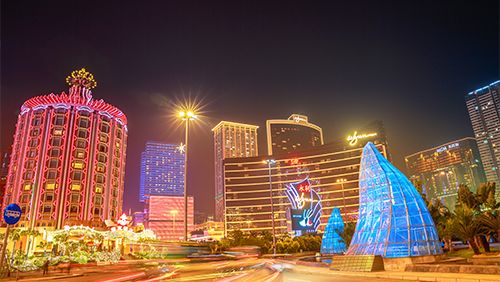 Just like last year at this time, it has taken awhile for casino operators in Macau to figure out if employee bonuses were going to be on the table. SJM Holdings got the ball rolling this year when it announced at the beginning of the month that it was going to stick to its long-running plan of offering extra cash to its employees, and three more operators have now spoken up, as well. 2020 was a difficult year because of COVID-19, but Macau’s casino operators are doing their best to live up to the promises they have made annually to their employees.

SJM said a couple of weeks ago that it would be paying out the “living subsidy” in accordance with an employee’s tenure and salary with the company, with half of the payment to be made this month and the other half in July. MGM China was the next operator to join in, announcing yesterday that it was prepared to give a “discretionary bonus” to certain non-management personnel. Those eligible to receive the money, approximately 90% of the workforce, can expect to start seeing the payments within the next couple of weeks.

MGM China will offer one month’s salary to those employees, with plans to distribute the bonuses before and after the upcoming Chinese New Year (CNY) next month. There will be two installments distributed to all of the eligible workers, one before CNY on February 12 and the other after. However, exact dates weren’t provided.

MGM China Executive Director and co-Chair Pansy Ho showed her appreciation for those employees who have helped the company overcome the challenging year, adding, “We thank our team members from the bottom of our hearts for staying united, as well as being loyal [to] contribute their best to the company.”

On the heels of that announcement, Wynn Macau and Melco Resorts and Entertainment chimed in, as well. Wynn is also prepared to offer “one month’s gross salary” to those eligible employees, who reportedly comprise 98.5% of the company’s workforce. However, Wynn isn’t prepared to write checks for the full amount of the salary. Instead, it’s going to provide a bonus that includes 70% cash and 30% in a “Wynn Care Macau Pass” card. The latter is tied to the Macau Pass electronic payment system, which is found across the city for making purchases of products and services. Still, it seems to have the same feel as Wal-Mart giving its employees Wal-Mart gift cards as bonuses.

Wynn added in its announcement, which didn’t include a date for the bonuses to be delivered, “This bonus is being awarded to show the company’s appreciation to all employees for their dedication and commitment during what has been a uniquely challenging 2020.” Like the others, Melco is giving one month’s additional salary to eligible employees as a bonus. The payments are expected to be made before the CNY, and Chairman and CEO Lawrence Ho said in the company’s announcement that the company wanted to recognize the hard work, loyalty and dedication of our eligible non-management colleagues,” adding, “We appreciate our colleagues’ every contribution during this difficult time as we continue to stand as one to weather the challenges in the new year, with optimism and courage.”