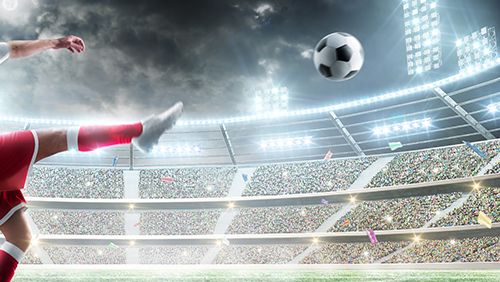 The latest results in the English Premier League have ruffled the feathers of many clubs, with Liverpool plummeting to 4th place after the latest round of fixtures.

Can the Merseysiders return to form at home to a stubborn Burnley side and will Manchester United or Manchester City take advantage of their midweek game against Fulham or Aston Villa respectively?

Let’s take a look at two games in particular and then provide you with a takeaway tip for each Premier League game taking place.

An intriguing clash between two of last year’s top five has the potential to be the game of midweek as last year’s 4th-place finishers Chelsea travel to Leicester City, who were pipped to that final Champions League place by The Blues.

If that wasn’t reason enough for Leicester supporters to resent Chelsea, The Blues bought Ben Chilwell from their rivals in the summer for £50 million, and while The Foxes bought well in recruiting Timothy Castagne from Atalanta, there’s bound to be a lot to prove between former friends off the pitch when the teams meet on Tuesday evening.

Here’s what happened in the corresponding fixture last time the two clubs met at the King Power Stadium, with Chelsea’s summer signing from Leicester, Ben Chilwell on target with a late equaliser.

Chelsea are favourites due to the players they’ve recruited, having spent £200m in the summer transfer window. But money doesn’t guarantee success and while the ‘Kings of the Kings Road’ are the biggest spenders of the two teams, Leicester are in better form and as we see it, better bets to get the three points.

If they do so, it’s likely to be another rollercoaster ride of a game and a home win would mean that the two clubs are separated by a massive nine points. That could spell trouble for Frank Lampard, with both Manchester clubs and Liverpool tipped to get away from the West London side.

Last time Fulham hosted Manchester United in the Premier League, it was United who got the better of their London rivals, with two goals from Paul Pogba and one from Anthony Martial meaning that  The Red Devils grabbed all three points.

Given that Manchester City could well be top by the time this game kicks off – their match at home to Aston Villa taking place before the game at Craven Cottage kicks off, United will be desperate to win and while we think that will happen, that desperation could lead to goals at both ends.

It’s sure to be a great game and far more open than the clash at Anfield on Sunday afternoon that saw both sides draw a blank.

Our tip: Robert Snodgrass to score at any time (6/1)

Our tip: Manchester City to win and both teams to score (9/5)