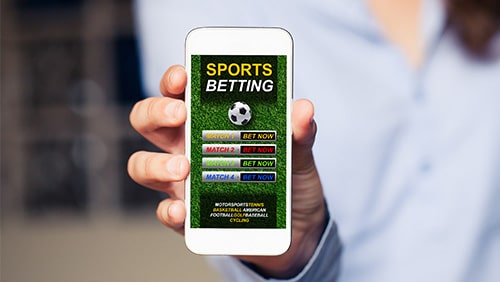 Trying to introduce sports gambling in California has been a difficult task, but progress is slowly being made. A coalition of native Indian tribes launched an effort last year to try to bring the activity to the state and have now reached their first goal. They needed to drum up enough public support for sports gambling to appear on the state’s ballot in 2022 and have reported that they finally wrapped up the initiative after collecting over 1.4 million signatures for their petition. The next step is to have the signatures verified before a ballot measure can be created.

Initially, the petition was expected to be turned in earlier this past fall, but the COVID-19 pandemic through a monkey wrench in those plans. A judge approved a request to have the deadline extended to December 14 and, when the day arrived, the tribes presented their results. The final tally was well above the 997,000 that the 20-tribe coalition had hoped to receive, which should be a good indication of sports gambling’s fate in California once it appears on the ballot. That is supported by the VP of Public Affairs of the Pechanga Band of Luiseño Indians and spokesperson of the coalition Jacob Mejia. He told CDC Gaming Reports that the turnout reflects “strong support to allow sports wagering in a responsible manner as set forth in the initiative.”

It’s possible, but not guaranteed, that California may not have to wait until 2022 to see the sports gambling measure on the ballot. Like all states, California is suffering economic damage caused by the coronavirus pandemic, which might help facilitate a push to have the measure put to a vote next year. With a population larger than that of Canada, the possible windfall from legalized sports gambling would give the Golden State a substantial revenue source.

However, it’s not going to be that easy. Despite predictions that California’s sports gambling market could be worth around $1.4 billion in just its first year, a couple of items suggested by the tribal coalition are going to face serious resistance and limit the revenue possibilities. The tribes apparently haven’t thought through their plan completely, as they don’t want the state’s legal cardrooms to be allowed to have sportsbooks. That is going to cause a serious amount of friction and lead to endless debates over the merits of legalized sports gambling in the state.

There is also a provision, based on how the current language in the sports gambling measure reads, that would prohibit mobile sports gambling. This is simply a moronic condition that has already been proven to severely handicap states’ abilities to generate high levels of revenue, and the $1.4 billion projections would most likely be missed by as much as 50%. The third caveat in the measure addresses college-level sports gambling in the state and wants to prohibit wagers on these games. While this is similar to what has been seen in a few other states, even the NCAA has gotten behind college sports gambling and keeping it off the books is not going to keep gamblers from placing wagers on college games.

Carlo Santarelli of Deutsche Bank supports the idea that handicapping California’s sports gambling market is going to be detrimental and points out that even the tribes in the coalition aren’t on the same page. He asserts, “We see the initiative, in its current form, as a net negative,” adding, “From our checks, it appears there is a divide amongst tribal leaders on the topic of mobile, with some wanting it now and some not wanting it at all, given the influence it could potentially have on the balance of power amongst the tribes.”