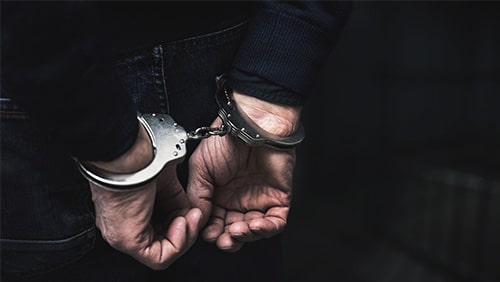 Expect an action-packed thriller (perhaps starring Jackie Chan?) to be in the works. The storyline is simple, but unique enough to become a hit. A reported boss of the Wo Shing Wo triad, known by most as “Shanghai Boy,” sets up shop in Macau, running a string of VIP rooms. When it’s discovered that he has been leading a life of crime that allegedly includes money laundering, extortion and more, he slips out unnoticed and disappears into thin air. However, he then becomes ill and, after two years on the run, tries to return to his native land of Hong Kong, only to be stopped and arrested at the airport when he arrives. If Chan were to star in the movie, it’s unlikely to have any of his signature martial arts and acrobatics, as that isn’t this gangster’s style. However, it could still make for an interesting flick, especially since it’s based on reality.

Hong Kong-born and raised Shanghai Boy is Kwok Wing-hung, an alleged former mafia boss who is said to have been in charge of the Wo Shing Wo triad from 1998 to 2000, is said to have been a former partner in VIP rooms at MGM Macau and City of Dreams Macau. Even after giving up control, he still kept close ties to the triad, according to the South China Morning Post (SCMP), and was targeted in a number of investigations by law enforcement. In 2017, he was arrested for money laundering that he reportedly facilitated from 2007 to 2012 and, when it came time for Kwok to appear in court a year later, he was gone.

Kwok, now 62, is said to have laundered more than $13 million that came from illegal sports gambling. He would have likely received a cut of the money that perhaps fueled his two-year escape from the law, during which he was reportedly a European jet-setter and playboy, living a life of luxury as a moved around the continent with an entourage of bodyguards and women. Then, something unexpected happened.

The mob boss who had reportedly blackmailed and extorted his way to the top allegedly caught COVID-19. As he tells it, following his arrest upon returning to Hong Kong, he didn’t want to die in Europe and decided to risk going home. He was detained when he arrived on a flight out of Thailand and, despite the assertion that he was carrying the potentially deadly virus, a test he was administered for COVID-19 came back negative.

Out of precaution, Kwok was to be quarantined and he was taken by police to a local hotel that is being used for quarantined arrivals. Despite being a proven flight risk, as well as having a laundry list of charges against him, Shanghai Boy was released on bail – just $25,800 – and will get to relax for a little while. He won’t have to present himself to police until January, unless he decides to pull another magic trick out of his hat.