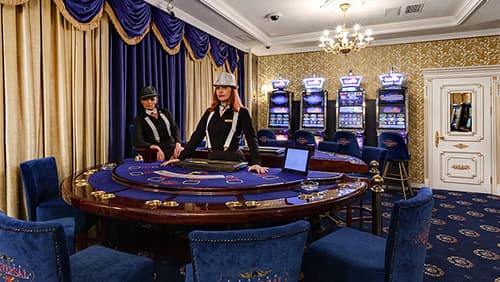 The junket market feeding Macau’s casinos could be in trouble. It has already come under fire by the city’s gaming regulators, and a new law expected to be approved in China could make things worse. However, that’s not the end of it, as junkets had already taken a massive hit due to COVID-19, both directly and indirectly. As far as Wynn Resorts is concerned, the market segment will never be the same, regardless of how strong the gambling industry emerges after the coronavirus pandemic.

Wynn Resorts held an earnings conference call last week when the topic of junkets came up. The company’s CEO, Matt Maddox, painted a gloomy picture of what’s in store for its “top line market share,” and asserted, “As far as the junkets, again, lots of conversation about junkets. That business is not dead as some people like to say. We saw it getting back to 25 percent to 30 percent of its previous levels. I believe it will continue to consolidate with some of the largest operators, and we will continue to participate in it. So I don’t anticipate that junket business will be back to 2019 levels, because it is consolidating and it is shrinking.”

In January of last year, there were 100 licensed junkets in Macau, and that figure dropped to 95 at the beginning of this year. It has continued to decline since then, and the city has already been forced to adjust its earning potential from the segment. Macau has only taken in around 75% of what it received last year from junkets, and this is expected to be lower as the coronavirus issues linger.

Just because the junket segment is smaller doesn’t mean that Wynn is ready to write it off completely. Maddox added during his call, “Clearly [the junket industry] is changing and it will be smaller than it was before, but it’s still very real. That business is not dead as some people like to say. The industry will continue to consolidate into the larger operators, and we will continue to participate in it.” Wynn started paying junkets a commission of 42.5% this past March, a 2.5% increase over the previous figure, and the first time the operations had seen a boost in 14 years. Of course, with no traffic heading to Macau at that time, a 42.5% commission could have just as easily been 100% and it wouldn’t have made a difference in payouts.

Wynn is already on the path to recovery following the COVID-19 debacle, and said that it had EBITDA (earnings before interest, taxes, depreciation and amortization) of $6 million, which blew away the $40-million EBITDA loss it reported for August. The company’s Macau operations are picking up, as well, and Maddox is cautiously confident this will continue. He stated in the call, “I don’t know at what pace, but the overall mood and trajectory is quite good.”