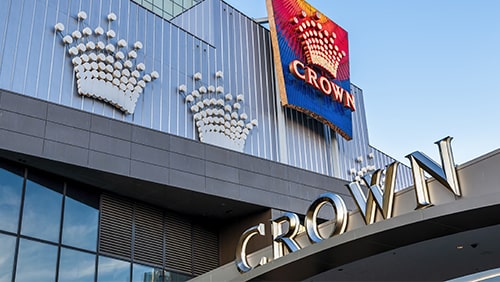 Crown Resorts wants to put a new multibillion-dollar casino in New South Wales (NSW), but has put itself under the regulatory microscope, threatening those chances. With the casino operator being called out for multiple infractions, it is now considered “unsuitable” for a license, although it will most likely have a chance to turn things around. While it’s facing that major dilemma, Crown is preparing to get one of its properties back in business, and Crown Melbourne is expected to reopen this week after having been shuttered due to the COVID-19 pandemic.

Crown announced this morning through a filing with the Australian Securities Exchange that Crown Melbourne has worked out a deal with the government that will allow it to fire up the gaming machines and uncover the tables. As should be expected, though, the environment will be much different than what was enjoyed pre-COVID-19, with a number of restrictions put in place to help prevent the virus from spreading. While casinos across the globe have also implemented similar policies, some have been forced to shut down again, and the same fate might ultimately be seen at Crown Melbourne, as well.

Crown CEO Ken Barton says in the announcement, “We have been working for some time with the Victorian Government and health authorities to determine how we can safely re-open Crown Melbourne and have developed extensive physical distancing and hygiene measures to allow re-opening in a safe manner. We are pleased to be able to commence the process of welcoming back our employees and customers to Crown Melbourne.”

Operations will relaunch this coming Thursday, but there will be only ten VIP areas, each able to welcome up to ten guests. There will be social distancing measures in place, such as every second gaming machine and electronic table game turned off, and guests will only be allowed to remain in the venue for up to an hour and a half. In addition, each area of the casino will be required to have a “COVID Marshal” to make sure everyone is following the rules.

As part of the scrutiny against Crown Resorts, Crown Melbourne has also come under fire for certain questionable practices. As a result, if Crown expects to keep the property from gaining an even worse reputation with the government and regulators, company brass are going to have to make sure that the COVID-19 policies are enforced very strictly. That won’t keep Crown from being fined, as has already been suggested for its violations, but it could keep it from having NSW regulators and the Victorian Commission for Gambling and Liquor Regulation from ganging up on it and ensuring that it gets shut down.