Home / Poker / The last days of hype: Negreanu and Polk will begin heads-up show on screen 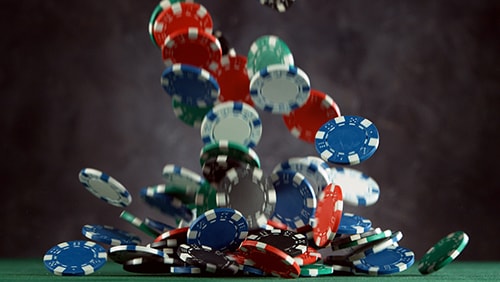 The last few days of hype are upon us, and while Daniel Negreanu and Doug

Polk have been at the practice tables a fair bit this week, they’ve not been doing so very quietly, updating fans on the plans to bring the first 200 hands of action to viewers on PokerGO.

Yes, far from all the action being online, the first 200 hands – admittedly of 25,000 in total – will take place in the PokerGO studio with viewers able to see hole cards throughout.

Negreanu was understandably excited to announce this on Twitter.

It’s soon, so I figured I would get everyone straight on the start date for the match.

It will start Nov 4th

Then I imagine roughly every other day @WSOPcom with various streams available.

Not that Negreanu is the only one of the pair looking to make social media waves. Doug Polk has been taking on some of the best at the felt right now heads-up and his progress in a late match-up against Ali Imsirovic was testament to that.

As it happened, an extremely long session saw Polk on the wrong end of a six-figure beating inflicted by the Bosnian.

We played for 13 straight hours.. could barely keep my eyes open at the end.
I was +150k early in the match.. got all the way down to -15k, but finished strong with a +270k win! https://t.co/xQbfOIZo68 pic.twitter.com/M8EZMMxtmX

So, Polk lost €270,000 to the impressive Imsirovic. Negreanu has been less forthcoming about how much he’s won and lost, but Polk is more than adamant that he’ll win. In fact, he’s made a huge bet at odds of 1/4 against a very famous poker prop bettor.

I bet 2m to win 500k from Perkins, despite him wanting to bet bigger.

Told him Id take more but I have to consider how early I'd die with zero. https://t.co/sSqCRiGVap

Who’d be Bill Perkins right now? Pretty much all of us, but the point might stand. That said, Negreanu is looking for action at 5/1 rather than 4/1 if he can tempt any poker degens into betting against him.

I have no bets on the match yet. Zero.

With five days to go until the match is upon us, perhaps the biggest winners out of the heads-up so far are PokerGO, where those first 200 hands will be hosted. The Poker Central streaming arm posted the official announcement of the heads-up clash on their own social media account:

Poker Shares has Doug Polk as a massive favourite at 1.18 compared to Daniel Negreanu, who is now available at 5.25.

Polk has previously declared that if he can ‘take out the trash’ and ‘clean [Negreanu] out’ then he can happily walk away from poker. Given the side-bets he’s made, as well as this latest heads-up defeat to Imsirovic, who is not known as a heads-up specialist, Polk could hardly have put himself under more pressure to do so than he is.

‘Kid Poker’ is hardly free-rolling, with millions on the line either side and each player able to quit after 12,500 if they want to take the ‘L’ early. Perhaps that might be one of the bets of the year if one player gets off to a particularly bad start.

Where’s our money with less than 120 hours to the big kick-off? We’d hold off on betting on Doug Polk as the live 200 on PokerGO could make his odds a little kinder to backers who fancy the heads-up online specialist to eventually make his expertise count.