Home / Business / Tekkorp, the new SPAC on the block 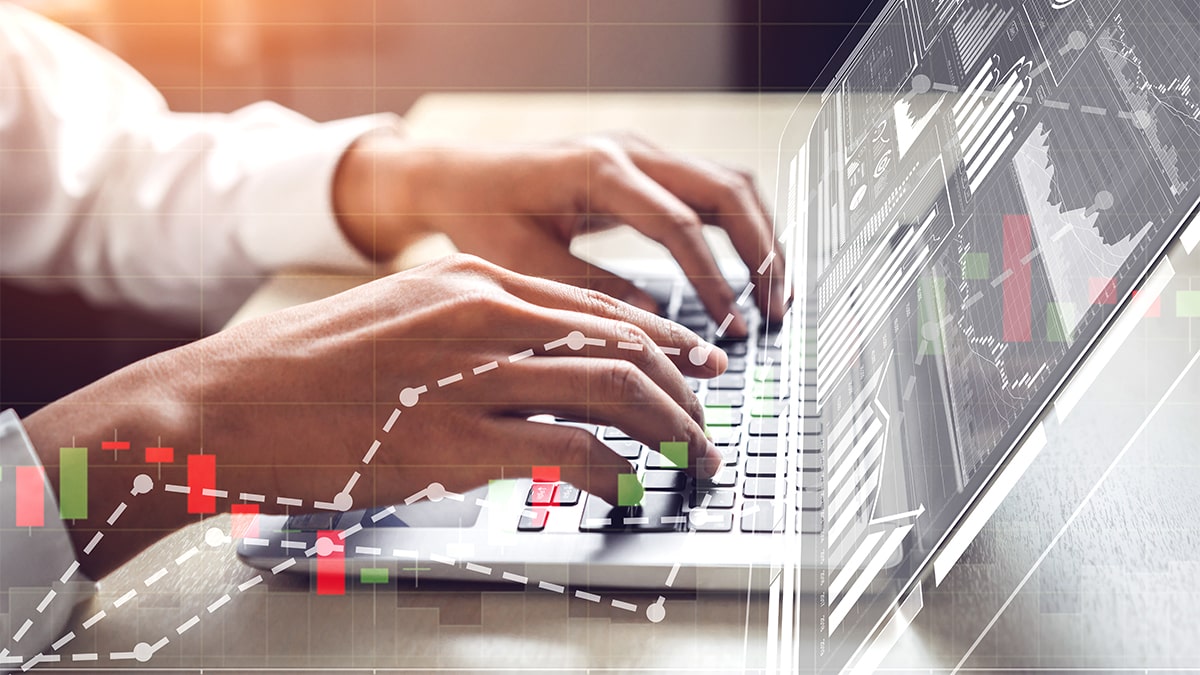 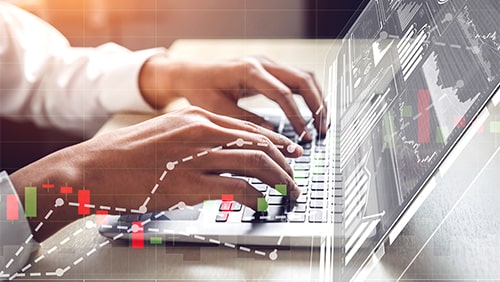 Pointing out an unsustainable investment frenzy is a thankless task. By its very nature, a frenzy means that there is easy money to be made. That’s why investors pile into it. Then it begins to feed on itself, as more interest yields more investment, yields more interest and so on. Pointing out that this may not be sustainable is an open invitation to getting yelled at. And it really does not matter what the economic environment is. The entire world could be shut down for half the year and it really makes no difference. As long as the money is flowing, the mania will continue on and on until one of two things happens. Either the money stops flowing from the source, or all value is stripped from the money regardless of whether it is flowing or not.

Twenty years ago we had an absolute frenzy in IPOs. The number of IPOs that hit the public markets at the peak in 1999 was 486. In the 20 years since, we haven’t gotten close to that peak. 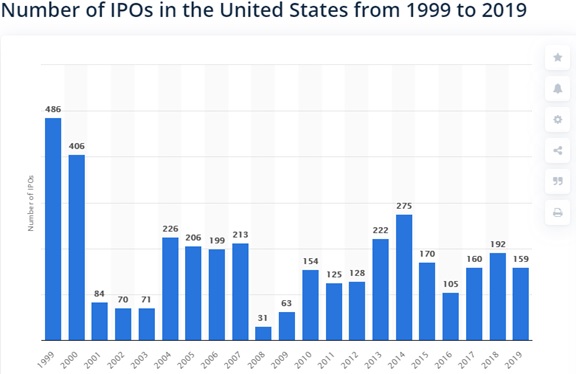 Most of these 486 were companies that never made any money. They just had a name that ended in dot com, and from that alone they were able to draw funds. Now, 20 years later, we have millennials who were babies and toddlers the last time this happened, with no experiential understanding of what was going on at the time. On top of that, we have orders of magnitude more money pouring into the system from central banks than we did back then, supercharging the trend to heights of dizzying potential.

Given all that, this time the urgency to get into the IPO game as fast as possible is irresistible to entrepreneurs, and so I cannot fault any for jumping through all the hoops as fast as possible to get to the front of the public trading line. This time around, it’s not even the IPO proper that is leading the charge. It’s a special kind of IPO, an express lane so-to-speak. It’s an IPO called a special purpose acquisition company, a SPAC, that makes it to the public markets without even having a business plan. Its sole purpose is to serve as an empty shell to be filled with any business it may choose to acquire, with all the money and trust provided by investors. It is by far the fastest way to become publicly traded. At least the dot coms of the late 1990s had to have the pretense of having a business plan. SPACs don’t even have to do that much.

Don’t get me wrong. I’m not against SPACs at all. I support any investment vehicle based on mutual voluntary exchange. What I am wary of though, is this table from SPAC Insider:

160 SPAC IPOs so far this year, with new records being set every year since 2017, and the amount of proceeds from SPACs blowing any other year totally out of the water. Ask yourself this question as honestly as you can: Are we really in the best public investment environment ever before in the history of the world despite the entire planet being ravaged by unprecedented pandemic lockdowns, or is perhaps something else going on here?

So far, the most successful SPAC deal in the gaming industry has been Draftkings, which joined the public markets via Diamond Eagle Acquisition Corp. Here’s its chart this year, compared to the supply of dollars over the same timeframe: 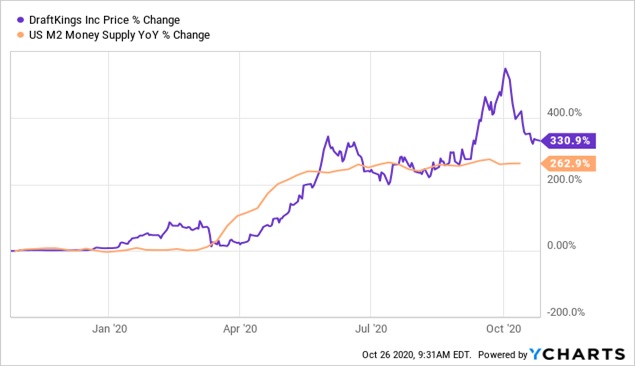 When Draftkings first appeared, we started to get some speculative momentum in January. People were optimistic about the actual market, and there was some movement on the potentials of U.S. sportsbook. Then the virus hit, sports shut down, and Draftkings suddenly collapsed back to lows immediately. No surprise there. But then a miracle happened. All of a sudden nobody seemed to care about actual sports anymore, and the stock climbed to new highs. Twice.

If you look at the orange line though it becomes clearer what was actually happening. Draftkings is in an exciting space. It’s a brand new market in the (once) biggest economy in the world that gamers have only dreamed about for decades. There’s a fantastic story here. All you need is the investment fuel to catch fire. And in March, that fuel began to flow, to gush, to flood. Draftkings’ share price began to explode about in tendem with the explosion in the amount of dollars available to invest. How long will this last? Well, consider that Draftkings’ market cap is about equal to that of Flutter, one of the biggest gaming conglomerates in all of Europe (give or take a few billion, it keeps changing) and that Draftkings has never made any money. The answer is it’ll last as long as the fuel keeps flowing, no longer than that.

There’s now a new SPAC on the block. It’s called Tekkorp (TEKKU), led by (among others) current and former executives of Caesars and Scientific Games, two of the most leveraged companies in the entire gaming industry. All we know about it is that “The Company intends to focus on businesses in the broader digital media, sports, entertainment, leisure and/or gaming industries.” That we know just from who’s on board, but more than that is hard to come by.

It’s not even the idea itself or the people behind it that is the problem. Tekkorp could be a fantastic idea in itself, and any decisions it makes on acquisitions could be the exact right ones to make among possible alternatives. In a healthy environment where the economy is actually working, a gaming SPAC could be the most competent way to combine efficiencies and make the market work better. The question is of valuation. When record activity like this is happening at such an incredible pace specifically when business conditions are arguably the worst since the 1970’s, then perhaps there is something else at play here that investors should be careful of.

That said, it could even be that Tekkorp is a good buy here. We’ve seen Draftkings go through the roof on cancelled sports, Penn National Gaming go through the stratosphere on Barstool hype, why shouldn’t Tekkorp go ballistic on whatever purchase it decides to make in the near future that gets everyone excited? It certainly could. All buying the SPAC really is, is placing a bucket under a money tap and hoping to catch some. But in terms of measuring fundamentals, how is that even possible when we have no idea what’s going to even be functioning in a few months, or if the U.S. goes into a national lockdown if Joe Biden is elected next week?

Tekkorp, in the long term, after all this pandemic craziness is over, may succeed. It may be a great idea. It may buy the right companies that may just survive this and build something with compelling value. The real question is What is that actually worth? And in this environment, that is essentially impossible to measure.