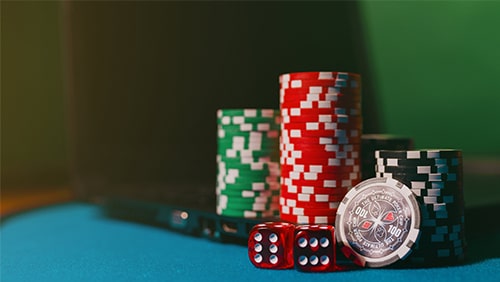 The latest poker to be found on screen is in a brand-new series devised and hosted by Robbie Strazynski, founder of Cardplayer Lifestyle, a website dedicated to the game we all know and love.

We’ll start by crediting Strazynski for managing to get the personalities around the same virtual table, which can’t have been easy, no matter how captive a cast poker is during a global pandemic where players are no longer hopping on a plane every fortnight. These days, players are hopping online instead, and the discussion in Episode 4 is between Daniel Negreanu, GGPoker ambassador, Phil Galfond, Run It Once supremo, Rob Yong, unofficial saviour of partypoker and Alex Scott, who has 15 years’ experience in the poker industry.

This episode touches on some very interesting topics, including whether online poker is at a saturation point and while it’s interesting hearing each personality’s point of view, what makes it even better is seeing what the others think of each speaker while they’re talking.

It’s exactly why round table discussions are so important – an open forum for poker topics is virtually neverending, the game changes so quickly and this niche of the show is what makes it such compelling viewing. That two of the game’s greats are in the fourth episode is a bonus – Daniel Negreanu and Phil Galfond don’t give out too many interviews, so to have them on same bill is quite impressive – and the subjects naturally lend themselves to friendly debate.

One topic where both Negreanu and Galfond had a lot of sense to say was on collaboration in the poker industry, such as when poker sites could align to agreeing that rebuys don’t take place in selected tournaments to help the ecology of the game. Other subjects are equally interesting, and cover whether the gamification of poker is a good thing as well as live events and whether these should be treated as loss leaders for poker brands or a profitable enterprise.

With a whole range of videos on offer, many subscribers to Cardplayer Lifestyle will already be familiar with Robbie Strazynski and his work. The Orbit is a great new additions to poker media that is at least discussing the big issues and hopefully in the months to come on this new show, the topics passed around by the novelty of the dealer button meaning each personality get the chance to speak first on a different subject will vary as well as they do here.

The Orbit is a chunky show and taps out at the length of a feature film, but that’s no bad thing – it’s perfect viewing for poker players while they grind online and that wuld be the ideal way to watch the show.

You can watch the latest episode of The Orbit right here: