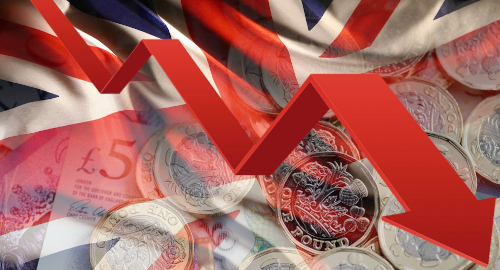 UK online gambling activity slowed in August, poking holes in the media narrative of crazed punters filling their pandemic void by gambling away the mortgage payment.

Figures released Wednesday by the UK Gambling Commission (UKGC) show every single gaming vertical reported active player declines in the month of August compared to July’s figures. The regulator attributed the decline to a variety of factors, including the loosening of pandemic restrictions opening up a wider variety of options for consumers’ discretionary spending.

The seasonal break in English Premier League football action contributed to a 10% decline in ‘real event’ sports betting active customers, while the total number of ‘real event’ wagers fell 12% from July to August. Betting revenue suffered an even bigger decline, falling 21% from July.

Online slots, the perpetual boogeyman of the UK anti-gambling media, reported active players falling 2% from July to August, while total number of slots bets fell 1% and the number of online slots sessions lasting over one hour fell 7%.

However, slots revenue nudged up around 0.7% and the vertical continues to account for greater losses per active customer than other verticals, so don’t expect the anti-slots campaign to abate anytime soon.

Other casino games reported active players down 5%, while the number of non-slots casino bets and gross gambling yield were both 10% lower in August. Similarly, poker actives were down 10%, poker bets fell 7% and revenue slipped 8%.

The UKGC didn’t report active customer or number of bets for eSports bettors, but eSports revenue tumbled 29% to £1.83m, less than half the sum the vertical reported in April, when most real-world play was halted due to COVID-19.

UK betting shops were forced to close in March and didn’t reopen until mid-June, making August the first month in which direct comparisons can be made with the previous month. The number of over-the-counter bets rose 5% from July, while self-service betting terminal wagers rose 1% and machine gaming wagers fell 2%. Interestingly, OTC betting revenue rose 14% while SSBT revenue tumbled 29%.

The overwhelming number of gamblers (70%) said their spending had remained the same since the lockdown was lifted, while 18% decreased spending and just 8% reported spending more. Consumers were also far more likely to say they planned to reduce spending (29%) over the next three months than increase (5%).

Around 4% of UK consumers were non-gamblers who took up the habit during lockdown but only 1.4% continued gambling post-lockdown. Similarly, only 0.7% of the population who tried one or more new gambling verticals during lockdown continued to use these products post-lockdown. All of which should temper fears of another online gambling surge as the UK faces the spectre of reimposed pandemic restrictions.

Earlier this week, UKGC CEO Neil McArthur gave a speech to the Money and Mental Health Policy Institute’s virtual conference for financial service professionals, in which he issued a plea for the UK’s financial sector to join the gaming industry “to find innovative ways to reduce gambling-related harm.”

McArthur noted that many UK banks had introduced features that allowed gamblers to block gambling transactions via mobile banking apps, but asked the finance sector to assist the UKGC in developing its ‘Single Customer View’ project.

The project aims to produce “a holistic view” of a customer’s gambling activity, which McArthur said would be “a massive step forward” to identifying problem gambling behavior. McArthur said the financial sector had “a vitally important role to play” in the UKGC’s view of “a multi-sector partnership approach” to reducing gambling-related harm.